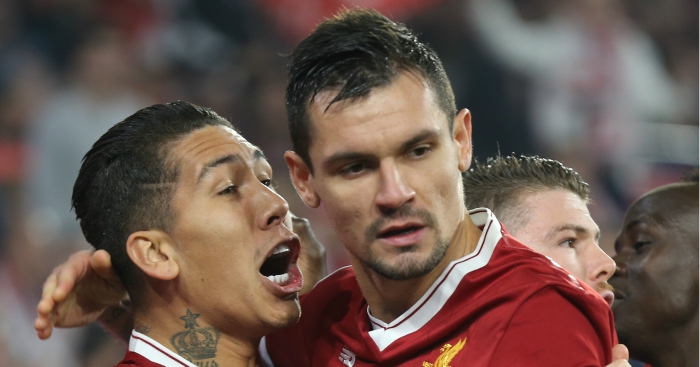 Dejan Lovren believes that he is unfairly victimised for his mistakes, and is a ‘big player’.

Lovren has played excellently in patches this season, but has also made high-profile errors. He was at fault for goals in defeats to Manchester United and Tottenham.

However, the Croatian believes that people refuse to look at his good points, in favour of piling criticism upon him.

“Everyone makes mistakes, but I play one bad game in 18 and everyone says, ‘Look, look, look.’ Why? I don’t deserve that,” Lovren said as part of an interview with Jonathan Northcroft of The Times. “People don’t see me in the ‘small’ games. They see 5-0 against Porto but nobody sees my part.”

“I did it straightaway after Spurs when I was in that record of 18 games unbeaten. Big players don’t need six or seven games; big players in the next game prove you wrong. But some people don’t care about that Dejan. They’re just searching for the next mistake.”

Lovren credits Jurgen Klopp for his management, believing he has helped him improve as a player, but also as a person.

“Well, not [I wasn’t happy with him] when he took me out at Spurs. Then, I was fuming,” Lovren said. “But after, when we spoke. It took a couple of days then he invited me into his room.

“I wanted answers but he said positive things. He said, ‘If you just think about yourself like I think about you, you will be one of the best players in the world.’

“You know maybe, it’s sometimes just that my self-confidence disappears in some moments. And he believes in me, you know? And I believe in him.