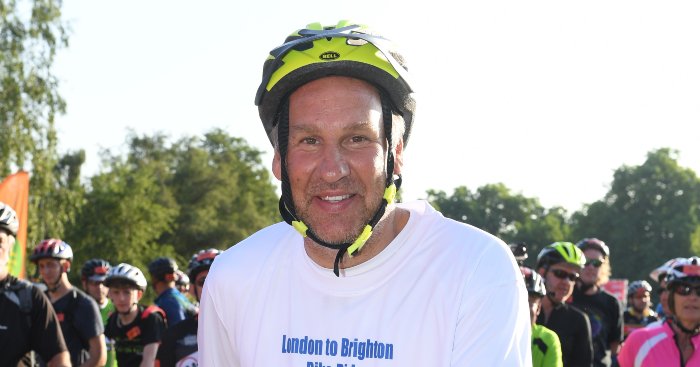 Championship side Brentford must overcome Jose Mourinho’s Tottenham on Tuesday night to make club history and reach the League Cup final. The Bees will be hoping Mourinho rests his cheat code pairing of Harry Kane and Heung-min Son so they have a better chance of becoming the first team from outside the top flight to make it to the final since Bradford City in 2013. Here’s an XI made up from players who helped lower-league sides to the last two of the competition.

Goalkeeper: Tom Heaton
Late England debutant Tom Heaton was playing for Cardiff City back in the 2011/12 season, with the Bluebirds looking to improve on their fourth-place finish in the Championship the previous campaign. Malky Mackay’s side failed to achieve promotion but a fantastic run in the League Cup did give fans something to cheer about. Cardiff faced Crystal Palace in the semis and with each team winning their home leg 1-0, the tie went to penalties. Heaton saved two spot-kicks to book his side a trip to Wembley, where they would lose to Liverpool in another penalty shootout. If you fancy a goalkeeper challenge, try naming the Bradford keeper who was the hero for the Bantams against Arsenal and Aston Villa en route to the 2013 League Cup final.

Right-back: Ray Stewart
That victory in 2012 for Liverpool was their eighth triumph in the League Cup, with the first occurring over 30 years earlier after a win over West Ham in April 1981. The Hammers lifted the FA Cup as a Second Division side in 1980 and went on another cup run the following season, seeing off Burnley, Charlton, Spurs and Coventry for the right to face the Reds at Wembley. The original match went to extra-time after a tense stalemate and Alan Kennedy thought he had won it for Bob Paisley’s side with a superb strike from the edge of the area in the 118th minute. However, Terry McDermott blocked a goal-bound effort with his hand just moments later, allowing West Ham defender Ray Stewart to slot the resultant penalty in the corner to set up a replay at Villa Park. Kenny Dalglish and Alan Hansen won it despite a magnificent effort from the London side, although they did win promotion to the top flight shortly after.

Centre-back: Peter Madden
The inaugural League Cup tournament occurred in 1961, although some of the big hitters decided to opt out of the competition. Second Division Rotherham United made it all the way to the final, with star centre-back Peter Madden helping his side past Leicester City, Bristol Rovers, Bolton Wanderers, Portsmouth and Shrewsbury. Madden had been courted by Bill Shankly at Liverpool the previous year and impressed in the first leg of the final at Millmoor, where his side defeated top-tier Aston Villa 2-0. However, the return match saw Joe Mercer’s team win by two goals to send the match into extra-time before Peter McParland struck to ensure Aston Villa would be the first name on the trophy.

Centre-back: Nigel Pearson
Sheffield Wednesday went into the 1991 League Cup final as huge underdogs, facing Alex Ferguson’s FA Cup-winning Manchester United side. The Owls were in the Second Division at the time and had to beat top-tier outfits Coventry City and Chelsea to make it to Wembley. The match against Coventry was a particularly tight affair and captain Nigel Pearson ended up as the hero, reacting quickest from a clearance to win the match by a goal to nil. Pearson ended up lifting the trophy following another 1-0 triumph, with John Sheridan’s first-half strike too hot to handle for Les Sealey in the United goal.

Left-back: Jason McAteer
Irish star Jason McAteer will have to fill in at left-back for this side, having played his part in Bolton Wanderers’ run to the 1995 League Cup final. McAteer scored against Ipswich Town and Swindon Town in the Trotters’ run to Wembley, where they faced Premier League Liverpool. Despite a valiant effort from Bruce Rioch’s side, Merseyside-born Steve McManaman netted twice to win the cup for his hometown club. However, Bolton did have a better trip to London a month later, with a thrilling victory over Reading in the First Division play-off final, while McAteer impressed enough to earn a transfer to Anfield early the following season.

Right-wing: Ray Graydon
Incredibly, the 1975 League Cup final saw two Second Division sides face off, with Aston Villa and Norwich City battling it out for the trophy. Legendary Villa boss Ron Saunders was hoping to make it third time lucky in the competition, having taken three different sides to the final in three successive years. He led the Canaries to defeat at Wembley in 1973 and ended up as a runner-up with Manchester City the following year, but he finally left London as a winner with Villa. It looked as if the match would end goalless before Norwich defender Mel Machin gave away a penalty after producing a dive his goalkeeper would’ve been proud of to stop a Chris Nicholl header hitting the back of the net. Machin almost got away with his indiscretion after Kevin Keelan tipped Ray Graydon’s spot-kick onto the post, but fortunately for the Villa winger the ball bounced back into his path and he calmly tucked it in to win the game.

Central midfield: Paul Merson
After losing both domestic finals and suffering relegation in the 1996/97 season, Middlesbrough returned to Wembley the following campaign to battle for the League Cup once more. Bryan Robson’s side faced Liverpool in the semis, with the Reds eager for revenge after losing out to Boro in the quarter-finals the previous year. Paul Merson was the difference maker, scoring in a 2-1 defeat at Anfield in the first leg before converting a penalty in a 2-0 win at Riverside to set-up a final with Chelsea. The Blues had bested Middlesbrough in the FA Cup the previous May and Roberto Di Matteo tormented them once again, scoring in extra-time after 90 minutes ended in a 0-0 draw.

Central midfield: Andy Ritchie
A teen sensation for Manchester United in the 70s, Andy Ritchie faced off against the Red Devils in the 1990 FA Cup semi-final while playing for second-tier Oldham Athletic. United eventually saw off the Latics after a thrilling 3-3 draw and subsequent 2-1 win in the replay. However, Ritchie’s side went one better in the League Cup, making it to the final to face Brian Clough’s Nottingham Forest. Ritchie was top scorer in the competition and netted twice against West Ham in the semis as Joe Royle’s men put six past the Hammers in the first leg. Forest went into the final as holders having lifted the trophy in 1989, and prevailed once again with young striker Nigel Jemson scoring the only goal of the game.

Left-wing: Don Rogers
Third Division Swindon Town faced top-tier Arsenal in the 1969 League Cup final, with the Gunners expected to run out comfortable winners and banish the memories of the previous year’s trip to Wembley when they lost out to Don Revie’s Leeds United. However, in one of the greatest upsets in the competition’s history, Swindon stunned their more illustrious opponents by winning the match 3-1 in extra-time, after the first 90 finished 1-1. Robins winger Don Rogers got on the score sheet after a scramble in the box to give his team the lead and he later rounded Bob Wilson to tap into an empty net, ensuring Swindon Town took home their first major trophy.

Striker: Rodney Marsh.
Incredibly, Swindon weren’t the first Third Division team to lift the League Cup, with QPR achieving the remarkable feat a couple of years earlier. The London-based outfit beat top-tier side West Brom in the 1967 final and came from two goals behind to do it. Baggies winger Clive Clark scored twice in the first 45 minutes to put the favourites in the driving seat before Roger Morgan pulled one back in the second half. Leading scorer Rodney Marsh found the equaliser for Rangers 15 minutes from time with a perfectly placed strike from the edge of the area and a few moments later Mark Lazarus completed QPR’s rise from the dead.

Striker: David Kelly
Tranmere Rovers striker David Kelly was the top scorer in the 2000 edition of the League Cup, bagging eight goals as the second-tier side knocked out Coventry, Middlesbrough and Bolton en route to the final. Leicester City were the top-tier opponents in the last ever League Cup final played at the old Wembley. Foxes defender Matt Elliott scored in the first half before Kelly struck late in the game to give Tranmere hope. However, Elliott headed home again minutes later to win Martin O’Neill’s side the cup for the second time in four seasons.