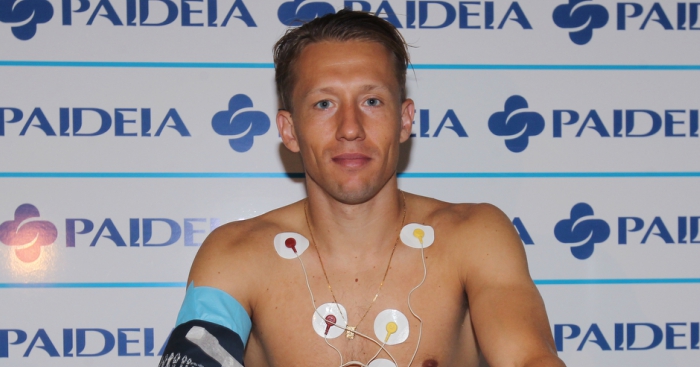 “Thank you for all the support, especially in difficult times, that’s when it means a lot. We all know that Liverpool fans are really special and they were always here for me,” the Brazilian said on Liverpool’s official website.

The fee for Lucas is reported to be in the region of £5million.

The Brazilian was the longest serving player on the current Liverpool squad, having been brought to England by Rafael Benitez a decade ago.

Lucas maintains the club and the city will always hold a special place in his heart.

“I’ll always be watching and supporting Liverpool and for sure I’ll be back, in the city to visit friends and watch games in the future.”

Liverpool added in a statement: “Everyone at Liverpool FC thanks Lucas for his immense contribution to the club and wishes him and his family all the best for the future.”

Following his departure, Lucas, who is a trustee of the LFC Foundation, published an open letter to Liverpool fans.

He said: “This is one of the greatest clubs in the world and my intention had always been to spend the rest of my career here, but the less I have been able to play, the more I have realised that I need to go to another club if I want to play as much as I possibly can.

“When you love a club and a city as much as I love Liverpool that isn’t an easy decision to come to. The easiest thing for me to do would be to stay here for as long as I can even if I do not expect to play so often, but that would go against everything that I believe in as a footballer and as a competitor.

“It is for that reason that I will be joining Lazio, which means my sadness at leaving Liverpool is accompanied by a real excitement that I will be representing one of Italy’s great clubs.”

Lucas added: “My family and myself will always be grateful for your support and for being part of this great club, which means we will also be sad now that the time has come for me to leave.

“All I can say now is that I hope more than anything else that the new season turns out to be a great one for my new club and my old club.”