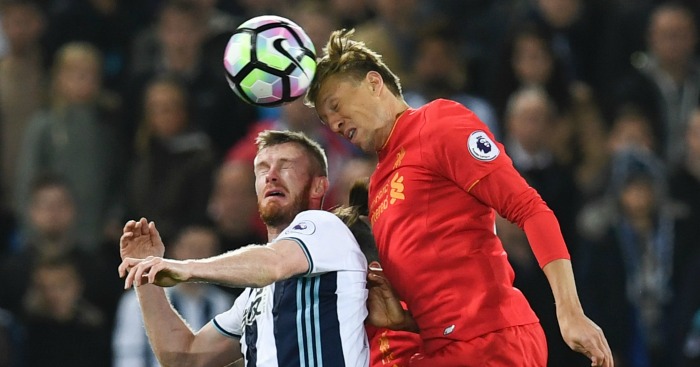 Converted midfielder Lucas Leiva now claims that his best position for Liverpool is now in the centre of defence.

The Brazilian has started six games in all competitions this season and five of those have been in defence, with the latest resulting in a 4-3 defeat to Bournemouth.

“To be honest, playing there is something I had never thought about before the manager suggested it,” Lucas told the Liverpool Echo.

“The manager has put a lot of trust in me there. He thinks I have the qualities to play there. Every game I feel more comfortable and I feel more natural there.

“I’d say it’s probably my best position to play for Liverpool. Over my last 20 to 25 games for the club, I’ve played maybe 18 or 19 matches as a centre-back.

“I feel very comfortable in that role now. And when he needs someone to play in midfield he knows he can count on me there too.

“It hasn’t been so different. Of course with the way Jurgen likes to play, the holding midfield player has to do a lot more I’d say in terms of what I used to do before in that holding role.

“Playing as a centre-back is something similar. You don’t run as much as when you are in midfield but you need to be very focused. You need to be able to read the game. Every game I play there I try to improve and keep playing well.”