Home All The News Lucas contradicts Klopp over his Liverpool future 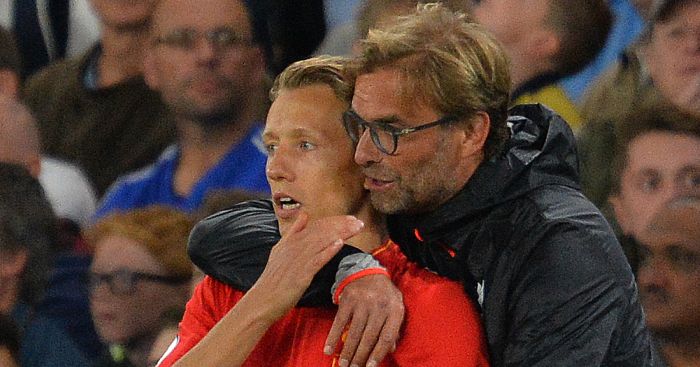 Leiva’s future at Anfield is uncertain, with the Brazilian’s contract set to expire this summer.

Inter Milan have been credited with an interest, but as yet there have been no concrete offers for his services.

Speaking after the midfielder scored against Plymouth in the FA Cup earlier this week, Klopp insisted the player would stay, adding that they have “a kind of agreement”.

But Lucas says that even he is not sure what his future holds this month.

“I have always been very honest in terms of the trust I have with the manager,” he said. “I had a few options to go. I have to think about my long-term. I know I don’t have many years left here. I have to start to think about it. Liverpool is a place I love, there is no doubt about that.

“But this is more about thinking about my future as well. Game time, things like this. I have to deal with it. The manager and I have a fantastic relationship. I have learned a lot from him and he is someone I appreciate working with. I am learning all the time.

“It is not just in terms of football, I am learning from him as a man. If, by the end of January, I am here, it will be great.

“But I cannot tell you in two months’ time, four months’ time or one year’s time. I have to think about my future. I am happy in this moment and I just have to go day-by day.”