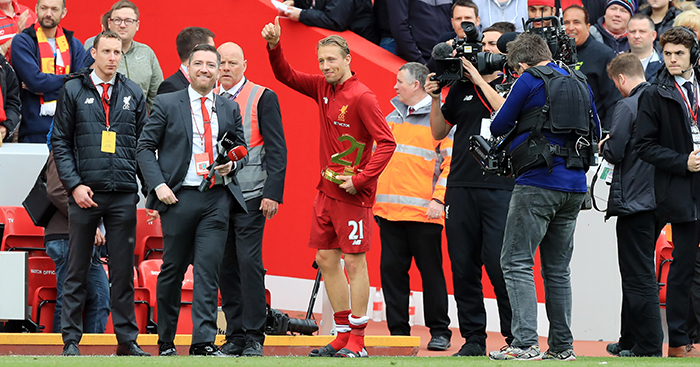 Lucas Leiva says he had no hesitation in leaving Liverpool for Lazio despite his affinity with the Merseyside club.

The midfielder brought down the curtain on a decade-long stay at Anfield this summer when he chose Serie A over his other offers.

Lucas was in no doubt that it was the right time to leave the club.

“I had a chance to move to Turkey but I had others offers from Italy as well”, Lucas told Goal.

“I had a very strong relationship with Liverpool but it took us five minutes to part ways. It was the right moment to leave and Liverpool understood I needed a new challenge.”

“Lazio have had a good start to the season, we won the Super Cup and we’ve done pretty well in Europe as well. It’s still early to have a verdict on my experience here because we are only at the beginning of the season.”

“I adapted well to Italian football although I still need to improve tactically. I want to help Lazio and it would unfair to say that everything is going well because I’ve just arrived. We are all going the right direction.”