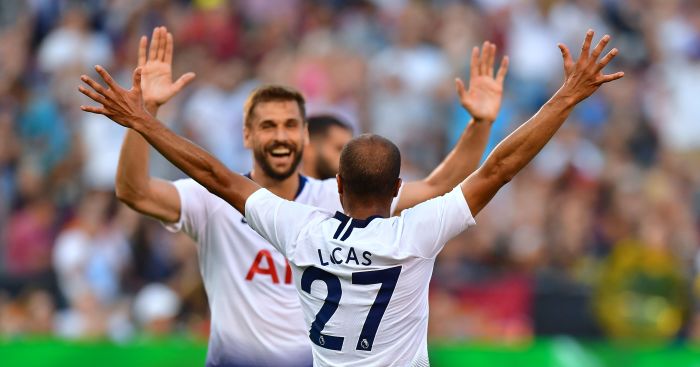 Lucas Moura says that he was sad to leave Paris Saint-Germain and his best friend Neymar, but believes that Tottenham are a bigger club.

Moura signed from PSG in January, but took time to settle in the Premier League and did not start as much as he would like last season

With a full preseason, the Brazilian will be hoping to make a greater impression upon Tottenham’s season in 2018/19.

“Tottenham are a big club,” Moura told the Mail on Sunday.

“They are probably bigger in structure than PSG. I am impressed about this and I was happy to come here.

“Neymar is like my brother. I love him and we have a very good close relationship. It was a little bit sad to leave him and Paris because I like the life there.

“But I had been there for five years and it was time to have a new challenge. I wanted to play in another championship and coming here was a big opportunity for me to play in the best league in the world.

“Now I am ready to give my best because I will do the whole pre-season with the team.

“That is important because here is very different — the Premier League is very hard — so I will be more ready to show my talent.