Home All The News Lucas Moura: ‘Nobody said anything about wanting to leave Spurs’ 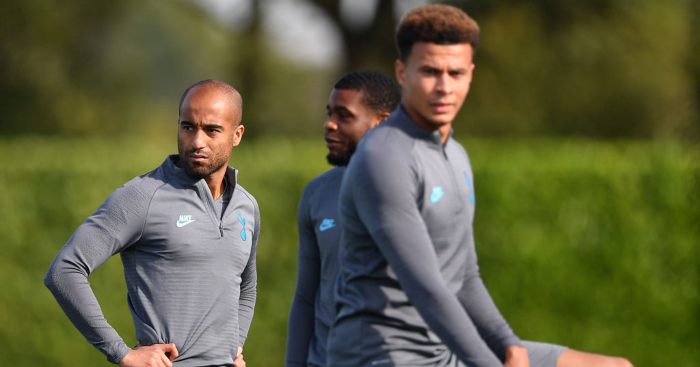 Lucas Moura claims that none of the Tottenham players have discussed leaving the club in the dressing room.

Spurs‘ wretched start to the season, where they have won just three Premier League games, has been dogged by reports of dressing room unrest and players unhappy at Mauricio Pochettino’s methods.

They moved one step forward with a 5-0 demolition of Red Star Belgrade, though they took a step back again over the weekend as they lost 2-1 at Premier League leaders Liverpool on Sunday.

Despite that, Lucas has insisted that the atmosphere in the dressing room is “normal” and that nobody has been talking about leaving the club.

“Inside the locker room, there’s nothing. The locker room is normal, the atmosphere has always been very good, the group is very united,” Lucas told ESPN Brasil (via Sport Witness).

“This matter of speculation about any player wanting to quit is hard to answer. I think it’s personal for each one. I know nothing was leaked in the locker room, nobody said anything about wanting to leave. I think the atmosphere is very good.

“The proof that the atmosphere is good was the good game we played today, the last game was very good in the Champions League, now we were able to play against Liverpool.

“Of course, the moment isn’t the best, the last irregular results, but it’s part of football. We have to stay together and focus on working to reverse this situation.”