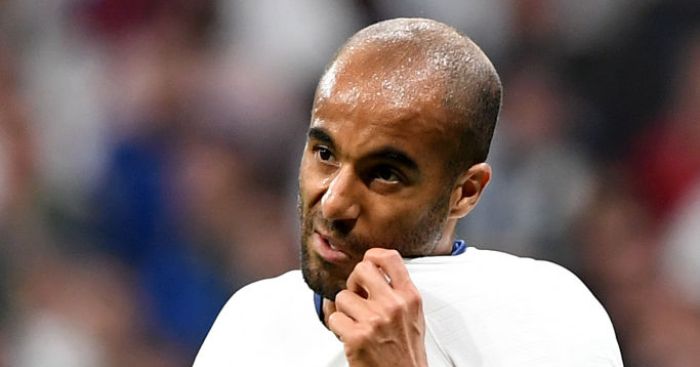 Tottenham forward Lucas Moura has admitted he ‘gets a little upset’ at spending so much time on the bench.

Moura was speaking to the Brazilian media after the 7-2 defeat to Bayern Munich in the Champions League, reported Sport Witness.

The Brazilian spoke to Esportivo Interativo about the ‘historical’ loss to the German side, admitting they must take a lesson from the result.

He said: “A very difficult night for us. I think after their team scored the fifth goal, we no longer had the strength to react and every one of their attacks was fatal.”

“Anyway, it’s hard. I think we have to fix a lot of points. I think this defeat has to serve a lot, for us to raise our heads, for us to get up, because this season has been very difficult for us.”

Moura was only brought on after 71 minutes, when Spurs were trailing 4-2 and he has said he wasn’t happy with Mauricio Pochettino’s decision to keep him on the bench until then, although he claims to respect the manager’s decisions.

“Of course I get a little upset because every player wants to play. It’s normal. Especially in Champions League games, especially when the last Premier League game I didn’t play.

“Anyway, it’s complicated. But what can I do? I have to keep working, always respect the coach’s decision.

“But I’m doing my best, feeling good in practice and in every time I come in. But that’s what I can do. Now I can’t make the decision. Of course every player wants to play. I feel very useful and I can help the team.”