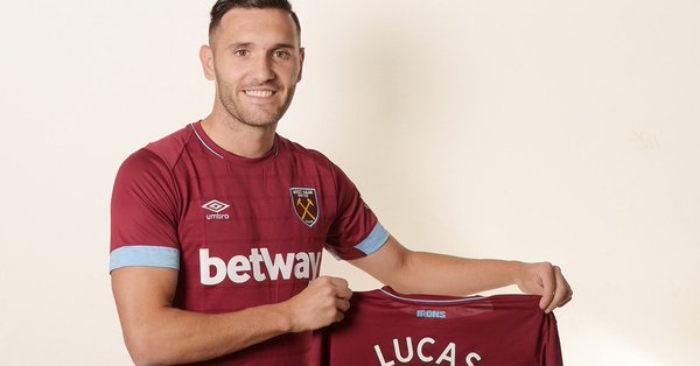 Lucas Perez has broken his silence after allegedly refusing to warm-up for West Ham against Everton.

West Ham manager Manuel Pellegrini was forced to deny suggestions that Perez went against his orders in the second half of West Ham’s win on Sunday.

Television cameras captured footage of Perez shaking his head while in discussion with a coach, with the Hammers preparing to replace the injured Marko Arnautovic.

Perez seemed a more obvious fit as substitute but Michail Antonio took to the field instead, leading to claims that the summer signing had refused to warm up before coming on.

‘Given the false information spread by the media that has affected my image, I am obliged to explain the only truth: I have never, ever refused to warm-up in my whole career, let alone play a match,’ he said.

‘In my current club the players on the bench warm up in series of 3 to 5 minutes, in continuous rotation. In the moment that Marko got injured, I was on the bench after warming up. The coach called me to go out to play, however having realised that it was faster to substitute Antonio in, what at that moment was warming up he changed his decision.

‘The images that have been misinterpreted correspond to a talk with the goalkeeper’s coach, in which I never refused to warm up and explained what happened.

‘As a professional I accept the decision and I will continue working hard to have as many minutes as I can.’