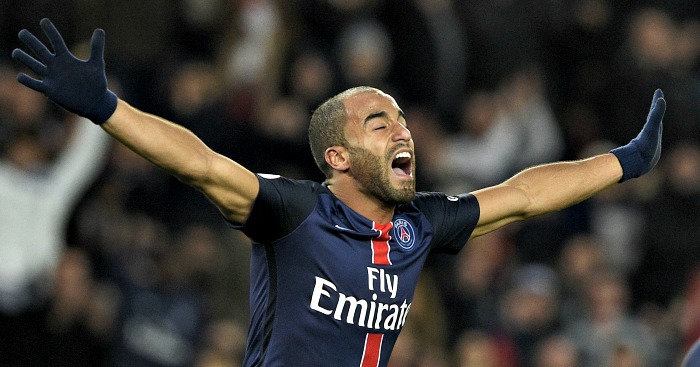 Lucas Moura has explained his reasons behind turning down a move to Manchester United to join Paris Saint-Germain.

Brazilian winger Lucas came close to joining United from Sao Paulo in January 2013, but French side PSG eventually prevailed to sign the then 20-year-old for around £34million.

Lucas has played over 100 games for the three-time consecutive Ligue Un champions since, with PSG currently enjoying 24-point lead at the top this season.

Speaking to Squawka, Lucas has explained why he opted to turn United down to move to France.

“I was very close to coming to Manchester United before I signed for PSG,” Lucas said. “It was honestly my choice to join PSG. I have all the respect for Manchester United, a great club with more tradition than Paris Saint-Germain, but I really liked the project PSG showed me.

“There are several Brazilians in the PSG squad which made a difference in my decision too. You know, I was quite young and it does make a difference to have some compatriots beside you. It helped me to settle down in Europe.

“It’s a dream for any player having the opportunity to play in the Premier League. Everybody knows it is the most competitive league in the world. It’s really great to follow it, as you can’t predict who is going to win the trophy,” he added.

“You don’t see this happening in any other place with five or six teams having a real chance of being champions. Maybe one day I’ll have the privilege of playing there, but now I’m totally focused on PSG with many goals to achieve yet.

“I’ve never had a club in England that I liked to follow most. If I can watch a game of the Premier League, I’ll do it regardless which clubs are on the pitch. Of course, it’s easier to watch matches from the big teams, but there’s no special club for me in England.”