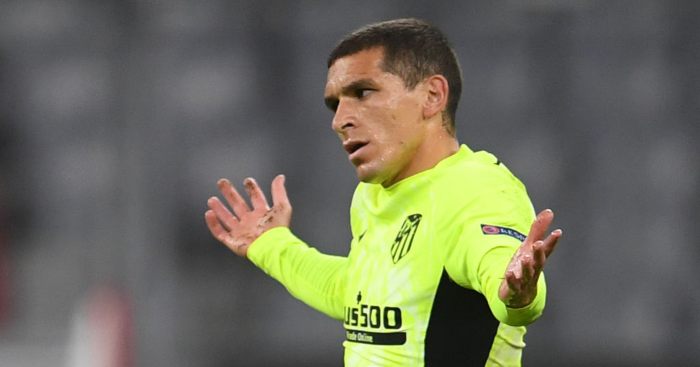 Lucas Torreira’s agent has moved to squash speculation that his client could return to Arsenal early as he struggles for playing time at Atletico Madrid.

Back at the end of October there were rumours in newspapers that Torreira was looking to make his move to Atletico Madrid permanent at the end of the season.

However, since testing positive for coronavirus in November the Uruguayan has found it tough to get back into Diego Simeone’s team.

OPINION: Arsenal should not fold on Arteta in this weird season…

Recent reports have suggested that Atletico could terminate his loan deal early after he has failed to start a match since October.

Simeone tends to use Koke, Saul and Marcos Llorente in a midfield three, while Torreira has had to settle for a place on the bench.

However, his agent, Pablo Betancur, claims his client is happy in Madrid and is still adapting to his new surroundings.

Betancur told Gianluca di Marzio: “Lucas is calm and happy and has nothing in his mind beyond continuing with Atletico. He is finishing his process of adaptation [to the team and La Liga].”

Mikel Arteta also addressed the rumours at a pre-match press conference but the Arsenal boss remained coy on the issue.

Arteta said: “Edu has been dealing with that situation, but again, when the market opens and we have the possibility to bring players in and get players out, whatever we have to do, we will discuss it.”

Asked whether that meant Torreira was coming back to Arsenal in January, Arteta replied: “I cannot comment on that at the moment.”