Home Mediawatch Lucien Favre? What does he know? He’s no Steve Bruce 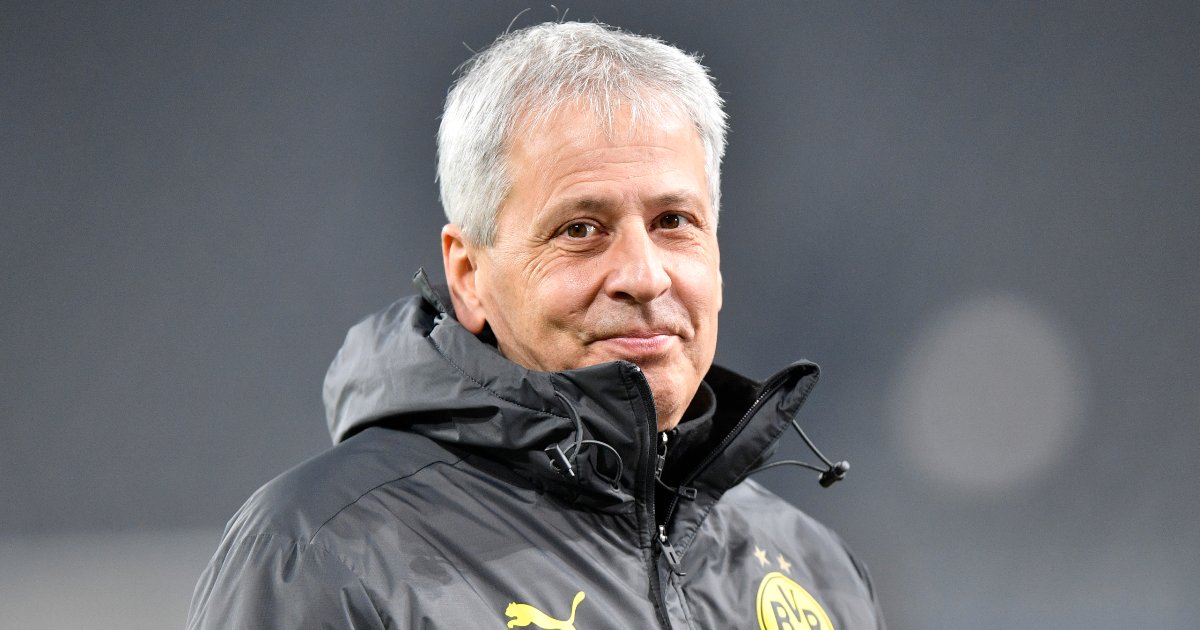 Who could possibly do a better job than Steve Bruce at Newcastle? Definitely not Lucien Favre, who took a club from relegation certainty to the Champions League…

Out of Favre
Only in England could the man who has taken a team to 19th place in the Premier League table with zero wins in seven attempts be touted as the absolute best choice to get them out of trouble.

Danny Murphy was on talkSPORT on Monday and asked:

“I think they’ve got a manager in charge who has been there, done it at the lower echelons of the Premier League and dealt with that scenario before, even at Newcastle. So is there someone out there who is going to be more equipped to do the job than Steve Bruce?”

Yes, Danny Murphy, there is. We could name dozens.

What utterly bizarre logic to claim that a man who has battled against relegation many times before – and twice succumbed – is the right man to avoid a relegation battle this season. Only in England with an English manager.

“Ok you can talk about the pleasing of the fans and the masses, but that doesn’t necessarily mean you get Bruce out and bring someone in who’s going to do it better.”

It probably does though.

“There’s no obvious candidate to come in for a relegation battle. It is a different question if you’re asking me are there managers out there who are capable of working with new players, spending money, competing – of course there are.

“But coming into the Premier League, if you haven’t been here before, who’s out there more equipped than Bruce? No one jumps out at me.”

You only have to look at the way Sam Allardyce – lauded by Murphy – pulled West Brom out of the mire last season for evidence.

And following Murphy on talkSPORT on Tuesday was Jim White.

Check out the face he makes when he says ‘Lucien Favre’. Just wow. https://t.co/YAJMfn926o

“…would be any better than Steve Bruce at trying to stave off relegation if it gets to that stage.”

Mediawatch is not about to jump to the defence of Lampard but Lucien Favre has won the Swiss title twice, taken Hertha Berlin into Europe, saved Borussia Mönchengladbach from relegation having taken over when they were seven points adrift of survival before twice leading them into the Champions League, took Nice into the Champions League and then managed Borussia Dortmund to two runners-up finishes with a 62% win rate.

So yes, we think he might be better equipped than a man who has actually been relegated from the Premier League twice before.

Kidd gloves
Not for the first time The Sun‘s Dave Kidd is out of step with the rest of his colleagues.

While they giddily celebrate the Newcastle United takeover and detail the ‘wonderful life’ of Crown Prince of Saudi Arabia Mohammed bin Salman, describing him as an ‘upstanding wealthy man’ and inviting readers to ‘join SunSport in marvelling at Bin Salman’s luxury abode – that features an astonishing aquarium’, he is writing at length that ‘the takeover of Newcastle United by the Saudi Arabian state is likely to prove an all-time low for anyone naive enough to believe in the existence of morality in the Premier League’.

Opening paragraph on The Sun website: ‘FRANK LAMPARD is a leading contender to replace Steve Bruce as Newcastle manager, SunSport can reveal.’

Third paragraph on The Sun website: ‘SunSport understands Lampard is on the shortlist to take the St James’ Park reins, with talks potentially starting as soon as this week.’

It’s a short story so there is no 14th paragraph but we strongly suspect that we would have arrived in ‘somebody at Newcastle United has heard of Frank Lampard’ territory by then.

That escalated quickly
That ‘talks potentially starting as soon as this week’ line is directly responsible for this:

So ‘potential’ talks with a manager who is one of many ‘on the shortlist’ are now actual talks that are ‘set’ to take place.

Summer lovin’
In the Daily Mirror, Stan Collymore takes a break from salivating over Phil Foden as the ‘next best world superstar playmaker’ on the strength of his performance against Andorra to bemoan the workload of modern footballers.

‘Under the old system it was very simple, you’d start the season in August and finish in May, then have almost two months off before pre-season.’

Quite understandably, Stan Collymore appears to have forgotten about the existence of international tournaments.