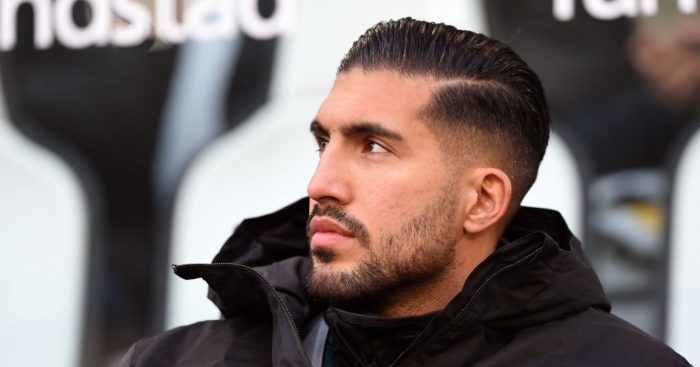 Arsenal and Tottenham are among the clubs chasing a late deal to land Juventus midfielder Emre Can, according to reports.

Former Liverpool star Can has struggled for opportunities in Italy, starting two of 21 Serie A games and failing to be named in their Champions League squad.

And recent reports had expected him to complete a deal to sign for Borussia Dortmund but that now could be in doubt.

German publication Bild (via Sport Witness) claims that Dortmund are looking at a loan deal with a mandatory purchase option at the end of the season for around €25m.

However, it is understood that Can‘s €16m a year wage demands could be a stumbling block with the Bundesliga side only willing to pay €8.5m.

Meanwhile, Sport1 adds in another report that Tottenham, Arsenal and French side Paris Saint-Germain are all in for Can with Dortmund’s move for the 26-year-old ‘shaking’.

‘Lucrative offers’ have come in from the three clubs for Can, while the report adds that a Spanish club are also in for the German.