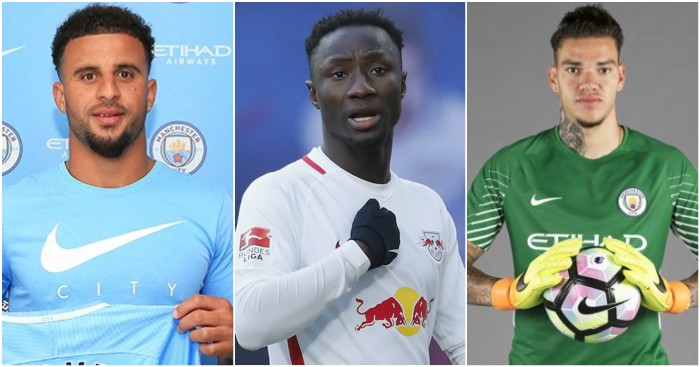 Is 2017 the summer of ‘game’s gone’? Is this the transfer window causing more and more people to shake their heads at rising transfer fees and lament that they just don’t understand football anymore, and barely wish to?

Whether it be Kyle Walker, Naby Keita, Virgil van Dijk or Romelu Lukaku – £265m in confirmed or reported prices for those keeping count – football is offering more reason for outrage at its wanton embrace of rampant capitalism. Perhaps the chant de rigueur next season will just be a series of tutting sounds, or “shame” shouted over and over again.

From a personal point of view, the transfer fee that made me outwardly laugh at its sheer absurdity was Gianluigi Buffon losing his title as the world’s most expensive goalkeeper to an uncapped Brazilian. Ederson may well prove to be Pep Guardiola’s goalkeeping phoenix, rising from the ashes of Claudio Bravo, but Roma’s Alisson Becker has been capped at a similar age. Becker failed to play a single Serie A minute last season, idle as No. 2 behind Wojciech Szczesny.

This ‘game’s gone’ concern is not selfless, you understand. There are valid worries about English football’s potential implosion should the next broadcasting deal be worth less than the current one, with clubs spending like an office worker given an unexpected bonus on the Friday before Christmas. But this is not what provokes the anger; the anger is provoked by what we perceive to be vulgar spending on ill-deserved targets. Our anger is indicative of our refusal to move on from our romanticised notions of how football used to – and therefore should still – be as much as  a reaction to football’s own debauched spiral.

Yet if nothing gets a football supporter or writer born in the 60s, 70s or 80s angry quite like an eye-watering fee, we should at least consider that we are the equivalent of old people shaking their fists at youth culture. As cricket writer Neville Cardus wrote, ‘the golden age is always well behind us; we catch sight of it with young eyes when we see what we want to.’ When our notions of the norm are challenged, the automatic response is negative. Or, to put it simpler, nobody likes change.

When Alf Common moved for £1,000 from Sunderland to Middlesbrough in 1905, there were serious discussions in the House of Commons about the fee. When Trevor Francis moved for £1m in 1979, it was viewed as evidence that transfer fees were spiralling out of control. In his excellent 2002 book Going Down, Simon Banks wrote that English football was on the verge of bankruptcy as its bubble had burst. Each era can only be judged in the context of what came next rather than what came before. What once seemed fantastical quickly becomes the new norm.

If football is indeed now enjoying its slow dance with the devil, the music has been playing for some time. The formation of the Premier League, increased television deals, abolition of the maximum wage, Bosman ruling, role of agents, rise of celebrity culture and rapid increase in technology have all contributed to football’s current state; there was no one line in the sand.

Using the fees themselves as emphatic evidence for football’s moral malaise is also a little simplistic. Kyle Walker may cost Manchester City £50m but their revenue at the last count was £392m – the fee is 12.8% of their revenue. In 1998, Manchester United spent £12.5m on Dwight Yorke and £10.8m on Jaap Stam when their revenue was £87m, and two years later Lazio would spend 45% of their annual revenue on Hernan Crespo’s transfer fee. City – and others – have unprecedented resources; why wouldn’t the transfer fees be unprecedented too?

The other change is that transfer fees are decreasingly a valuation of a footballer, but evidence of the selling club’s lack of need to sell and the buying club’s desperation to keep pace with its peers. A player who might be worth £30m to one club might be worth £45m to another. A £50m signing is not necessarily a £50m player. One player sold for £10m more than another is not necessarily £10m better, and nobody in the deal is claiming so.

There are plenty of reasons for supporters to feel alienated by the game. The lack of trickle-down to the grassroots game, the increase in ticket prices and games being shifted to fit the whims of television companies are only three. These are the issues that should provoke outrage. Money is not the problem; avarice is the problem.

Transfer fees have become a handy lightning rod for our misgivings about the direction of football, but they are the most easily explained. We must beware of concentrating on the headline figures obfuscating what really matters.