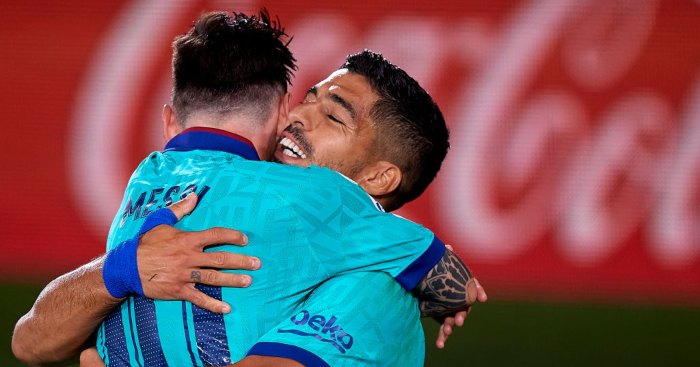 Luis Suarez has claimed that Barcelona sold him to Atletico Madrid because of his friendship with Lionel Messi.

LaLiga rivals Atletico were able to sign Suarez for €6m after the Catalan giants made it clear that they didn’t want the Uruguayan to stay.

Ex-Liverpool striker Suarez scored 198 goals in 283 appearances for Barca following a £74million move in 2014, but did not figure in the plans of new head coach Ronald Koeman, who replaced Quique Setien in August.

GOSSIP: City ready to move for Messi; ‘no response’ to Man Utd SOS

Messi, who wanted out of Barcelona in the summer, stuck by his friend recently by saying that Suarez deserved better than being ‘kicked out’ of the Camp Nou.

And now Suarez thinks that he was shown the exit door at Barca after the club became “annoyed” by his friendship with the Argentine.

“I think they wanted to remove me from Messi’s side,” Suarez told ESPN.

“Maybe it annoyed them that I had a good relationship with Leo. Perhaps they didn’t want him to be with me so much.

“I can’t find any reason to think that would damage the team, though. We looked for each other constantly on the pitch, but for the good of the team. Maybe they wanted him to play with more teammates.

“That could have something to do with it. I can’t find any other reason to want to separate us because we got on well on the pitch.”