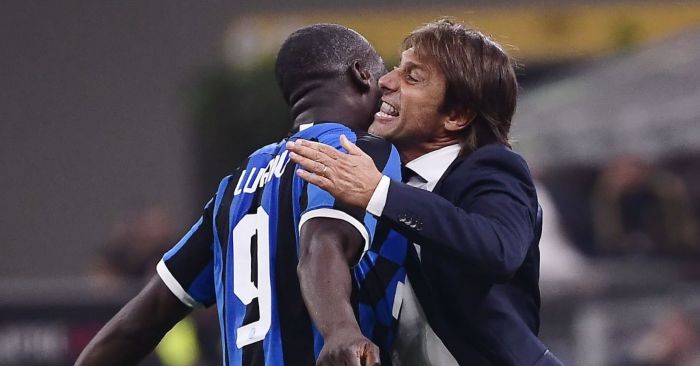 Romelu Lukaku hailed coach Antonio Conte after his second-half header ensured Inter Milan maintained their 100% start to the Serie A season with a 2-0 win over their city rivals.

Lukaku, who linked up with the former Chelsea coach in the summer, put the gloss on a dominant Inter performance after Marcelo Brozovic fired them in front from a deflected free-kick.

“He (Conte) is a really good coach because he is someone who helps players to develop a lot,” the Belgium international said in quotes published on Inter’s website.

“I needed and wanted a coach like this, one who motivates me every day. I’m really happy to be here and to be wearing this shirt.”

Conte said he believed his side’s poor Champions League performance against Slavia Prague in midweek had motivated his side to rise to the occasion against their rivals.

Inter had required a stoppage-time equaliser from Nicolo Barella against the Czechs, and Conte said: “We came from a performance that left a bitter taste in our mouths.

“But that gave us even more energy to face the derby in the best possible way. I’m convinced that start in the Champions League made us understand some more things.”