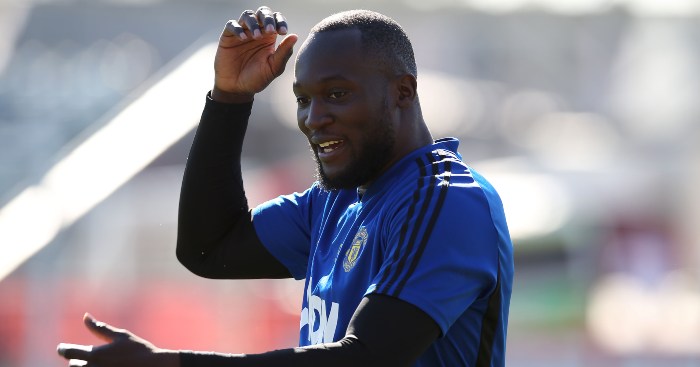 Threat of the day
From the Daily Mirror:

‘OLE GUNNAR SOLSKJAER has told his Manchester United squad he will not accept a repeat of last term’s shambles.’

Two words: Or what?

Let’s twist again
Obviously, the name being Googled this week is that of Paul Pogba, so that means his name has to be crowbarred into a headline using whatever massive tool is close to hand.

The ‘new twist’ is that Manchester United have released some pictures of their new kit – presumably taken last season – and they have included their most marketable asset after paying him to pose in said pictures.

Wake us up when they don’t use him in their promotional material.

Been caught stealing
If you are ‘caught’ doing something, that something is usually something negative that you really don’t want people to know about. Like stealing, cheating on your spouse or yawning. Sorry, what was that last one?

Yes, he was ‘caught’ doing what every human being does an estimated 5-15 times per day on average. And much, much more during exercise.

According to Men’s Health:

‘Yawning not only increases the amount of blood traveling to your brain, but the extra air also lowers the temperature of that blood, says study coauthor Andrew Gallup, Ph.D.

‘You can think of it as your brain’s natural air conditioner. As your body heats up during exercise, your brain combats the warmth by triggering a yawn, he says.’

Let’s go back to the Metro:

‘Manchester United striker was embarrassingly caught going through the motions on an exercise bike after missing Wednesday’s training session.’

How ’embarrassing’ to be cooling down his brain during exercise. Just let your brain stay hot, fella. You are Manchester United.

Oh and ‘going through the motions’ is literally what you are supposed to do on an exercise bike.

Propaganda
Any Manchester United fans feeling a little pessimistic need only consult the Manchester Evening Propaganda because it turns out that everything is actually bloody brilliant:

‘Manchester United could use new formation to solve their squad dilemma’

Too many centre-backs? Just play three! It’s all brilliant!

Think things at Manchester United are a bit sh*te? They’re not as bad as at other clubs! It’s all brilliant!

‘Two Manchester United players could be about to transform their attack’

Mason Greenwood might be the new Marcus Rashford! Or something! It’s all brilliant!

‘Manchester United can unleash a new first-teamer during pre-season’

Frankly, it’s astonishing that you can still get 50/1 on these absolute belters to win the Premier League. Pile on.

Newcastle Brown source
Steve Bruce is about to be named as Newcastle manager. You know it. We know it. Newcastle fans know it and have been crying for days.

So Mediawatch was amused as The Sun’s David Coverdale solemnly reports of Bruce’s interview with Lee Charnley:

‘Sources claim their chat went well and that Bruce is “excited” about the St James’ Park job.’

He’s got the sodding job; we should think the chat ‘went well’. Though we are truly astonished that Bruce is ‘excited’ about getting the biggest job of his career. Those ‘sources’ really are priceless.

Sourcier
And now to the ESPN transfer blog and their impeccable/utterly pointless source:

‘Argentina international Nicolas Tagliafico has committed to stay at Ajax having been rewarded for his contribution to their excellent Champions League run last season, a source close to player has told ESPN FC.

‘Left-back Tagliafico, 26, scored three times in the 2018/19 UCL group stages, then helped Ajax stun Madrid and Juventus before they were edged out in the semifinals by Tottenham, leading to confirmed interest from clubs including Real Madrid, Atletico Madrid and Arsenal.

‘However, a source has now told ESPN FC that Tagliafico will not be looking to move on this summer, having been rewarded with a new contract by Ajax, and being happy that other key players like Dusan Tadic have decided to stay as well.’

Mediawatch is not quite sure why ESPN needed to consult a ‘source close to’ Tagliafico when the Argentine signed a new contract in May and said in a video message posted on Ajax’s official Twitter account: “I want to tell you that I will stay for one more season.”

Advert of the day
From the weekly column from John Cross in the Daily Mirror:

‘The 35-year-old [Robin van Persie], who has just retired as a player after a second spell at hometown club Feyenoord, once admitted he confronted Mirror columnist Robbie Savage because he did not like criticism of how he was performing in his second season at United.

‘“My kids go to the same school as Robbie Savage, a great lad,” Van Persie said at the time. “I once asked him why he was so harsh in his judgments. He told me it had to do with the competition in the media landscape, between television stations.”

‘No wonder Sav’s column is unmissable on MirrorFootball.’

Don’t ever go into sales, Crossy.

Roots
Talking of John Cross, hidden quite deep in his column is a paragraph about Virgil van Dijk and his advisors giving short shrift to Barcelona. We wrote a story based on that paragraph, but the Liverpool Echo were not going to let this pass without allowing Chris Beesley to write one of his lovely, sweet pieces about how no player will choose to leave Liverpool ever again. Like the one he wrote about Mo Salah just three weeks ago.

Except this time he goes further.

On June 25: ‘The desire of manager Jurgen Klopp and owners FSG to turn Anfield into a final destination appears to be taking root.’

On July 12: ‘Last November, Klopp spoke of his desire to make Liverpool a final destination for the game’s elite. One European Cup and a record-breaking domestic points haul later and he appears to have achieved such a Holy Grail.’

Recommended reading of the day
Stuart James on Leicester City