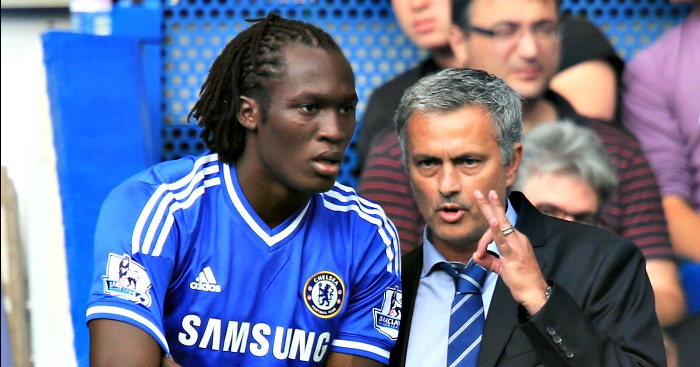 Romelu Lukaku has confirmed he would be interested in working with Jose Mourinho again, with both having been linked with Manchester United.

Mourinho is the favourite to replace Louis van Gaal as United manager in the summer, while Everton striker Lukaku has been linked with a move to Old Trafford.

Lukaku’s father recently said that the striker must join one of Bayern Munich or United in the future, and the 23-year-old has been valued at at least £40million, according to most outlets.

The Belgian forward worked under Mourinho briefly during his time at Chelsea, with the Portuguese boss playing him just twice before selling him to Everton for £28million.

Asked by Belgian outlet La Derniere Heure whether he would entertain the idea of working with Mourinho again, Lukaku said: “Of course. The page has turned on both sides.

“Some people will say that I need to convince him but it’s not a question of that. Three years ago I was 20 and I wasn’t ready to be immediately effective in a top team.

“Several good seasons, including the current one, have changed the situation. I’ll be 23 [in May] and I could leave this summer.”

Asked about his father’s comments on Bayern and United, he said: “I understand why he said that. When I was small, they were two teams that impressed me with their attacking strength.

“Then they’re teams that he likes a lot. We’ll see what happens. Whatever happens, it’s always nice to be linked with such clubs. That’s the proof that they’re watching me. The rest is my agent’s business.”