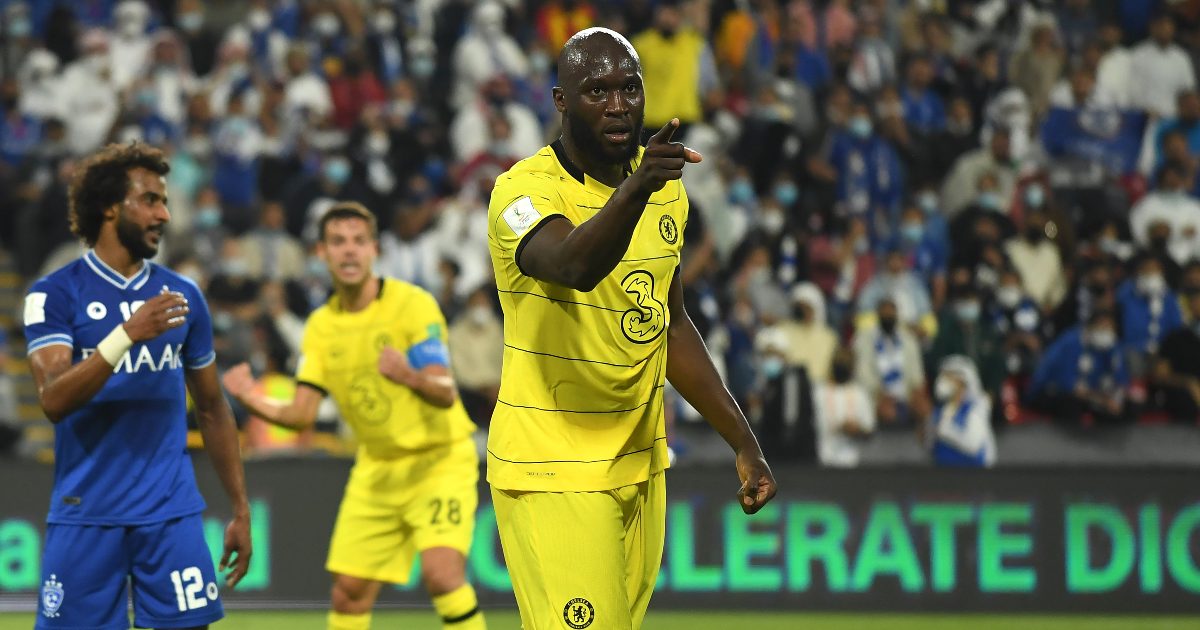 Chelsea assistant Zsolt Low has encouraged Romelu Lukaku to score in the final of the Club World Cup this weekend.

Lukaku blasted the ball home from close range against Al Hilal in the semi-final of the competition on Wednesday.

This finish ended the forward’s five-game goal drought as he helped to secure his side a place in the final of the Club World Cup.

Chelsea are through to the Club World Cup final, but few in Europe care

Both the Blues and their Brazilian opponents in the final Palmeiras are chasing their first Club World Cup triumph, but assistant Chelsea boss Low hailed Lukaku for handing his side their shot at glory.

“That’s why we give him the chance all the time. We hoped for a bit of luck to score today.

“He’s very happy, we’re very happy and hope he continues and scores in the final.”

Chelsea laboured to the win, albeit while still deserving to progress to the final.

This evening by me for @F365, the Club World Cup has never been fully accepted in Europe and to say its history is troubled would be an understatement. https://t.co/3HzyIWDjgm

Riyadh side Al Hilal pushed the Blues right to the limit however, amid impressive management from their accomplished boss Leonardo Jardim.

Kepa Arrizabalaga produced two fine saves amid another assured performance, and will doubtless push Edouard Mendy all the way for the starting goalkeeping berth in Saturday’s final.

“We worked very hard, we missed a bit of freedom and rhythm,” said Low.

“We started a little nervous, it was not easy. We fought hard for it to find a solution.

“My opinion is the solution was there but we didn’t find it easily. We missed a bit of rhythm in this game but we fought hard to get the result and reach the final.

“This competition is very important for the club. The players felt the pressure and that’s why we failed to find the easy solution and score goals.

“The players did well. We didn’t concede and had a lot of opportunities to score a second.”

Blues manager Tuchel was forced to watch the match at home in London on television given his isolation.

But the Blues assistants kept in touch on phones and spoke to the head coach at half-time, with hopes still intact that Tuchel could yet make it to Abu Dhabi in time for the final.

“We hope Thomas can travel as soon as possible,” said Low.

“As I said before he’ll follow the government rules. He’s in self-isolation now and doing a Covid PCR test every day.

“Once he tests negative it opens the possibility to travel.

“Every day we wait for it. We wish he can come to the enjoy the final.

“We talked to Thomas at half-time and had a good conversation. He had the same feeling that we were a little nervous and had a lot of easy ball losses.

“We talked about telling the guys to calm down, find the rhythm and not fight so hard for solutions.

“We had a good conversation. After the game we’ve not spoken yet; maybe a bit later we can talk to each other.”

Alshahrani’s inadvertent knockdown allowed Lukaku to fire the winner in a cagey affair in the United Arab Emirates.

Deflated Al Hilal boss Jardim insisted Alshahrani could not be held solely accountable for the loss however, praising his players for handing Chelsea a genuine test.

“Defeats are felt as a group; he was surprised by the ball and couldn’t then do anything about it,” said Jardim.

“I’m sure he will be disappointed but he doesn’t carry that alone or by himself.

“In strategy we obtained more control of the match.

“We had greater openings and more time on the ball but they were more effective.

“The difference was efficacy; for sure Chelsea were more effective and that’s why they won 1-0.”