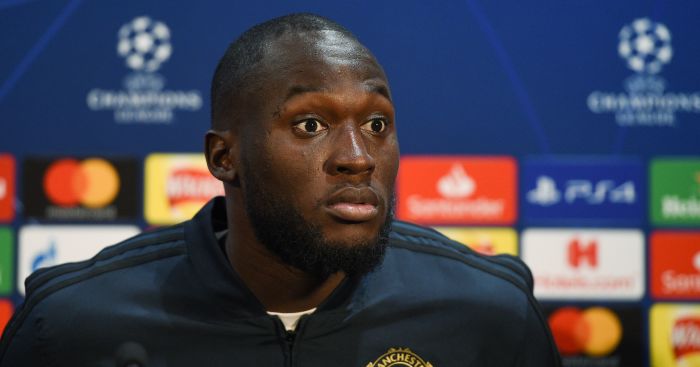 Romelu Lukaku has acknowledged that he is one of Jose Mourinho’s favourite players within his Manchester United squad – but the striker admits he was ‘angry’ with the manager for dropping him.

The Belgium striker was benched the visit of Everton amid a poor run of form that has produced just four goals in 16 appearances so far this term.

Lukaku, ‘a grown-ass man’, is happy to admit that he wasn’t happy about being left out but the centre-forward says he used it as motivation to improve.

“I was like, ‘Oh wow, s***, it happened’,” Lukaku told Bleacher Report when asked about his omission against his former club.

“But really I had a conversation with the coach about it. And I said like, ‘Listen, it’s been a long year, and also with the World Cup, I felt a bit tired’. He saw it. He made his decision.

Lukaku was asked if he understood the decision: “Yeah. He said I didn’t look happy. That I was angry.

“And then we had a little chat and then after that chat we just moved on. It was like 10 minutes, and then from then on it opened something in myself, like a new fire, to go and get what’s mine.”

“I would go through a brick wall for him. And he knows that.”@RomeluLukaku9 answers @TaylorRooks' tough questions about Mourinho, criticisms of his game, and more

Despite being benched, Lukaku acknowledges that he remains one of Mourinho’s ‘favourite’ players.

“One of them, yeah,” said Lukaku before explaining why. “Because I go through a brick wall for him and he knows that.

“He’s the type of coach where he would be honest with you and tell you how it is. And if you cannot deal with that, it’s a big problem.”

Lukaku has had to endure criticism this season over his first touch and his physique but the former Chelsea and Everton striker laughed off the debate over his size.

“I’m one of the strongest players in the league. I never get injured. I’m always there, so what’s the problem?”