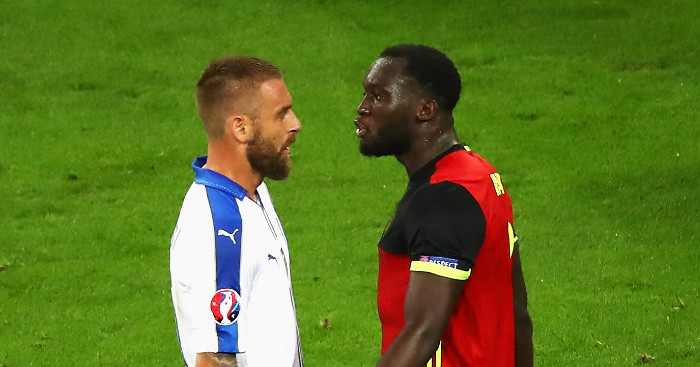 Romelu Lukaku has expressed an interest in taking his career to Italy one day.

Speaking to La Gazzetta dello Sport, the Manchester United striker was asked if he would like to play in Serie A, and replied:”Why not? I hope so.”

United take on Juventus in their next Champions League game, with the Turin outfit set to visit Old Trafford on October 23rd.

Lukaku praised their upcoming opponents, saying: “Juve have a great project in place and they just keep going. Every year they’re pushing to get stronger.

“Without doubt, Juve are one of the two or three best teams in Europe. They’ve got a great coach and extraordinary players in every area of the team.

“Cristiano Ronaldo stands out, but watch out for the others too. Paulo Dybala is already impressive and getting stronger, and I love Douglas Costa. He’s an exceptional signing and his career shows he always makes the difference.

“It’s a tough group, but obviously Manchester United want to finish on top.”