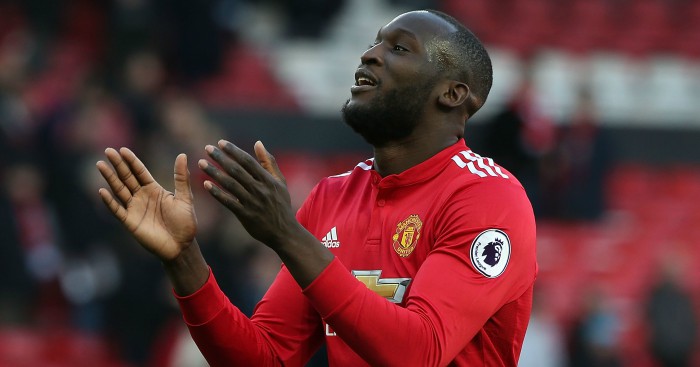 A week with excellent performances at almost every position. I included the Carabao Cup sides so that all 20 teams could be considered. In the end, Manchester City were too balanced and Arsenal were too Wengerised to produce any list-makers. It’s a 4-4-2:

Goalkeeper: Ben Foster (West Bromwich Albion)
Who was the last man to play in goal for England at a World Cup? Ben Foster, that’s who. Solid match with three stand-out plays. He came out brilliantly to deny Rajiv van la Parra; he went high to his right to stop a blast from Danny Williams; in a way best of all, he kicked out a low drive from Van la Parra, delivering a save and clearance all in one.

The two best save collections were actually by Jack Butland and Adrián, but both committed serious errors as well. Wayne Hennessey made some good stops, but could have been called for a penalty, misjudged once coming off his line, and might have done a bit better on the deciding goal.

Right-back: Trent Alexander-Arnold (Liverpool)
He wasn’t tested that often in defence, and occasionally looked uncertain there. But he was a terror up the wing, repeatedly running past his man, sending in several dangerous low crosses. Also delivered two superb long passes to start attacks. He couldn’t possibly make the World Cup squad, could he? The other candidate was Victor Moses, who started strongly in attack and overall played well in defence, but faded.

People taking it for granted that Trent Alexander Arnold, 19, is a regular at Liverpool holding his own. Easily one of the best prospects in the world.

Centre-half: Christopher Schindler (Huddersfield Town)
The Counsellor is back, with 17 interventions, 15 of them clearances. These weren’t just any clearances, though: with very few exceptions, they were powerful and well-directed. He also stayed a little more controlled than usual, rarely going far out of the back line. Read the game beautifully, marked Jay Rodriguez and Salomón Rondón well, and directed the defence from start to finish.

Centre-half: James Tomkins (Crystal Palace)
He’s your basic decent centre-half, does a little bit of everything reasonably well. With the many injuries to the Palace rearguard, not to mention Mamadou Sakho’s sudden attack of shyness, he’s now the main man in defence. Against Spurs a couple of his clearances were off, and there was one amusing mis-kick, but on the whole stayed calm and made all the plays. Not a coincidence that Spurs only scored after he departed with an injury, and that his replacement was at fault for the goal.

Kevin Long, still filling in for James Tarkowski, played well for Burnley, and might have made the list had he not lost Manolo Gabbiadini for the tying goal. Timothy Fosu-Mensah also had a good game marred by a mistake, losing Harry Kane for a chance that should have been converted. Vincent Kompany, as ever these days, was spectacular but inconsistent.

Left-back: Kostas Stafylidis (Stoke City)
Acquired by Paul Lambert to challenge Erik Pieters for the spot, the Greece international got his first start this weekend, asked because of his pace to deal with Riyad Mahrez.  It was quite a battle. At first he gave Mahrez too much space, but showed him well onto the weaker foot. In the second half he was told to get closer, and crowded the Algerian at every opportunity. Stafylidis looked awkward at times, and had to commit a few fouls, but it wasn’t until Mahrez decided to drop deep or move elsewhere that he could influence the game. A strong showing under difficult circumstances, and the statline shows it: three tackles, four interceptions, six clearances.

Elsewhere Andrew Robertson once again impressed for Liverpool, and Terence Kongolo showed that with his mobility and strength he can be the left-back for Huddersfield the rest of the way.

Central Midfielder: N’Golo Kanté (Chelsea)
A thoroughly Kantéesque game. Superb ball distribution in all directions, always around the player in possession, close marking where necessary. Was beaten cleanly once by Paul Pogba but otherwise did everything you’d expect. Equal MOTM with Romelu Lukaku.

Central Midfielder: Nemanja Matic (Manchester United)
Not 100% sure on this one. At times excellent, at times struggling both with passing and tackling. I’m a big fan, and when he makes the list I’d like it to be emphatic. But considering the strength of opposition, and considering that the guy mentioned in the next paragraph faded crucially toward the end, he squeezes in.

Clear that Nemanja Matić has been fatigued in the past few weeks, but thought he was excellent today. Sniffed out a lot of Chelsea’s attacks and kept things simple when moving forward. One of his best games so far.

For about an hour it was the Jonjo Pirlo Busquets Shelvey show, as he dazzled Bournemouth with the same combination of deep playmaking, positional discipline and timely defence. I refuse to dock him for missing the sitter that might have clinched the win, because he was tired and had run half the length of the south coast to get into position on the counter-attack. But even if tired, he should have done better defensively as the Cherries came back.

Elsewhere Etienne Capoue continues his resurgence for Watford, and Jonathan Hogg, one of the best players never to have won the Champions League, again didn’t win the Champions League but was strong in the middle for Huddersfield. Pascal Gross was an important part of the attack for Brighton. All of the Liverpool central midfielders played well, with James Milner my pick of the three.

Left Winger: José Izquierdo (Brighton & Hove Albion)
I was roasted for being too harsh on Kyle Naughton in the recent ‘Ordinary Player’ feature – maybe, although I’ll argue the point. But take that column, multiply it by thirty, and you have what José Izquierdo did on Saturday. Just blew apart Swansea’s right side, particularly in the second half when the Swans were chasing the game. Somehow managed only two shots and three chances created (with one assist), but was absolutely unplayable. He’s fast, tricky and these days relentless, like Wilf Zaha or Son Heung-Min. If Brighton stay up, he’ll be one of the biggest reasons.

That was the best second half of football we have played all season! Absolutely magnificent! UTA! @JoseIzquierdo7 my man of the match. Every time he was on the ball, he looked dangerous! #bhafc

Right Winger: Mo Salah (Liverpool)
I feel a bit sheepish putting him on, since it was a fairly un-Salah-like performance: steady and good, rather than spectacular. But with Izquierdo on the left we needed another winger, and his performance was the best in this spot. Combined well on the right and made those classic diagonal runs into the area. Goal, assist, hit post: just another day at the office. Elsewhere, Willian broke loose here and there and made David De Gea look silly, but couldn’t stamp his authority on the game. Xherdan Shaqiri made a bid with a fine weaker-foot strike and some surprisingly lively defence. Jack Wilshere, playing part of the time off the wing, caused Manchester City a few problems with his dribbling.

Going on to the forward line, unfortunately one of the best performances of the week had to be left out. We had three outstanding striker performances, but space for only two. The odd man out is Dwight Gayle, for the simple reason that he’s been on the list before and the others haven’t. But it was a very fine showing, naturally a few days after I explicitly doubted him. Asmir Begovic could have done better for both goals, but Gayle got into excellent positions both times. That was only the half of it, though, as he fought for every ball, ran the channels decisively, and even added a little link-up play. If his hamstring holds up, and so does his form, Newcastle will survive.

Striker: Romelu Lukaku (Manchester United)
Let’s put to rest all the silliness, at least for a day or two. He’s a very good striker. He’s not a world-class striker, but so what? He showed what a very good striker can do when on his game. Was particularly impressive in the second half when things opened up a bit, charging at opponents, linking up well, and going hard after the ball. Found the hole in the defence and finished coolly for the first goal. Was robbed by Courtois for a second, but set up the winner with a sumptuous cross, and not his first of the season either. Take a bow, sir.

Striker: Glenn Murray (Brighton & Hove Albion)
A carthorse, but carthorses pull a lot of weight and get you where you need to go. Was too much for an off-colour Swansea defence, powering around the pitch, not just laying the ball off but making some penetrating passes, particularly on the left of attack. Oh, the goals too. Won a penalty by driving forward, then converted it with a neat semi-Panenka. Got to the right spot and finished clinically for the second. Won the header that led to the third.

Dwight Gayle has already been mentioned, but let’s mention him again since he was so good. Roberto Firmino was pretty good too, but there were too many fine striker performances. Finally, Marko Arnautovic had a superb first 45 – I wanted to say he made monkeys out of the defence, but monkeys are fast and clever. Denied twice by Loris Karius, he faded in the second half.