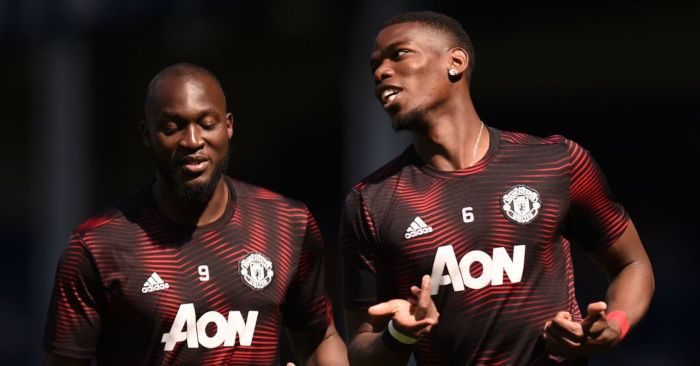 Romelu Lukaku has revealed he told Paul Pogba he was “done” at Manchester United on the pre-season tour of Australia, after feeling they were made the scapegoats for the Red Devils’ poor form.

Lukaku joined from Everton in July 2017, and scored in his first two competitive appearances against Real Madrid in the UEFA Super Cup and versus West Ham in the Premier League.

However, in an interview with the New York Times, Lukaku says he was aware of criticism of his performances that led him to “imagine how it would feel to leave the club.”

Lukaku remained at Old Trafford for two seasons, before leaving for Inter Milan this summer.

He was part of the squad that travelled to Australia, Singapore and China for a pre-season tour, but did not play a minute.

“I took him [Pogba] aside and told him I was done with Manchester United,” Lukaku explained.

“There was a feeling that Pogba and I were guilty of the fall of Manchester United.

“From the beginning it was a ‘Yes, but…’. I scored in the European Super Cup and they said, ‘Yes, but he got another one wrong’. When I first started out in the Premier League, I scored against West Ham and they said, ‘Yeah, but…’. Since then I imagined how it would feel to leave the club. One year at United erases the previous eight.”

Lukaku continued, saying he had decided to leave the club last March, and focused on learning Italian.

“Since March I had made the decision to start from scratch, to rebuild my reputation,” he explained.

“I said to myself: ‘The Premier was good for me, but I had to leave’. Italian? It took me two or three weeks of hard work to learn it. Now nobody speaks English to me anymore.”