Home All The News Lukaku reveals Solskjaer’s role in Man Utd move: ‘I was over’

Lukaku claims Solskjaer wanted him to stay, but he "didn't have the energy". 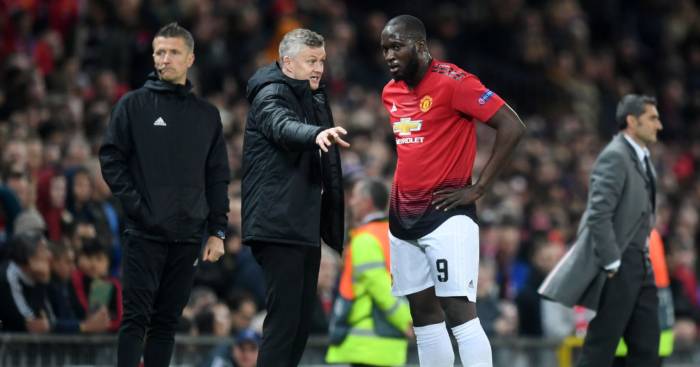 Romelu Lukaku claims he “didn’t have the energy” to remain at Manchester United after what “happened behind the scenes”.

The Belgium international revealed Ole Gunnar Solskjaer wanted him to stay at Old Trafford, but also helped him make the move after he made it clear he wanted to leave.

Lukaku was consistently criticised in his two-year spell at United and left for Inter Milan last August.

United boss Solskjaer said in September that it had been the “right decision” to let Lukaku leave.

“It was a difficult situation where for myself I had to make a decision where I have to go somewhere where I can learn other aspects of my game and work with somebody that wanted me as well.

“Ole wanted me to stay, but I told him I was over. I didn’t have the energy. All credit to him because he’s been a man and he helped me make the move away.”

United’s form has picked up of later to put them in contention for a top-four Premier League finish, while they remained in the FA Cup and Europa League before football was suspended by the coronavirus outbreak.

“They’re going the right way because they’re bringing in the right players,” Lukaku said. “Ole is doing a good job and the results are going for them. I’m wishing them nothing but the best.

“It’s a club that gave me a platform that I’ve never seen in my life, so for me to be disrespectful about Man U or any other club I played for in England I think is a bit childish. I think I went past that stage of talking back to people.”