Home All The News Lukaku: The three strikers Martinez asked me to learn from 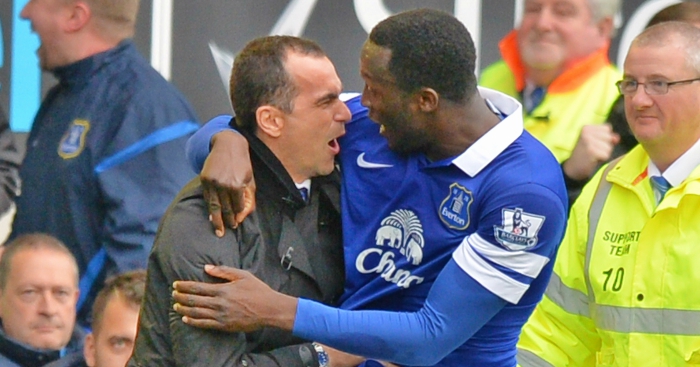 Romelu Lukaku has credited Roberto Martinez with his improvement in terms of movement.

Martinez managed Lukaku at Everton and is now in charge of the Belgian national team, for whom Lukaku became their record goalscorer last week.

The striker has struggled in his last few games at Manchester United but has still scored 11 goals and assisted a further three in 17 games at club level this season.

He has scored seven goals in his last four games for Belgium, and says that watching tapes of legendary Real Madrid forward Hugo Sanchez, as well as Edinson Cavani of Paris Saint-Germain and West Ham’s Javier Hernandez, has furthered his game.

“I’ve improved my movement, especially in the box,” he told Belgian publication DH. “Two years ago, at Everton, Roberto Martinez made me watch videos of my own movement, but also those of other strikers like Hugo Sanchez, Edinson Cavani and Chicharito.

“You need to sit down and watch the Uruguayan’s movement inside the box. It’s incredible. On top of that, I worked three times a week on my runs inside the box with my coaches.”