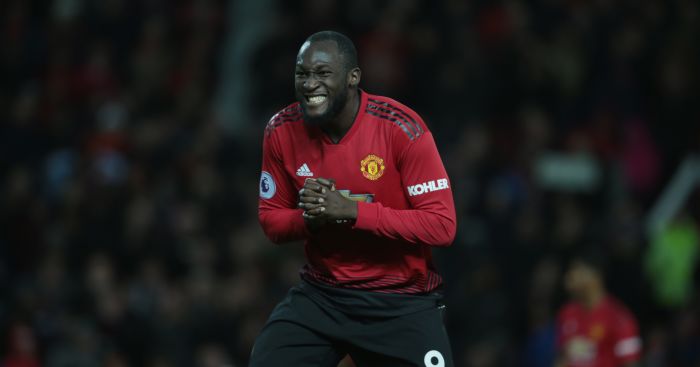 Romelu Lukaku believes he has finally emerged from his post-World Cup slump, with the Manchester United striker feeling more aggressive and the benefits of shedding muscle added for Russia.

A promising first season at Old Trafford has been followed by a largely frustrating second campaign under Jose Mourinho, with the 25-year-old struggling to make an impact in front of goal.

But Lukaku is belatedly showing positive signs again, having ended his 12-match goalless streak for United at Southampton last weekend and netted at Old Trafford for the first time since March in Saturday’s 4-1 win against Fulham.

Those struggles in front of goal have been pored over in great detail, but the Belgium striker has not allowed external scrutiny to get him down as he knew what needed to be done.

“I think I just need to keep working hard. Me and the manager had good conversations in the last couple of days, where really he told me what he wanted from me.

“And I know from my side I have to do better, and I just keep looking forward and improving, trying to add into my game and help the team to win.”

Asked what he was not doing well enough, the striker said: “Not enough intensity. I played with not enough aggression, I think.

“Today I think I played with intensity like everybody else did. For me, I was happy to play at a decent level again and now it’s all about improving and continuing on a consistent basis.”

Lukaku has been striving to improve by working hard on the training pitch, but less in the gym having bulked up a little during the summer.

“(I added) a little bit of muscle, yeah,” he said with a smile. “It was at the World Cup. I just felt great and I think I played great over there, and then when I came back it is a different type of style.

“I had to lose muscle basically, yeah. So you just stay out of the gym, drink a lot of water, and a lot of veg and fish and it helps.”

As well as cutting down his muscle, Lukaku also had to overcome knock-on impact of his World Cup exertions in a summer that saw Belgium finish third.

“After the World Cup, I think I really was like a bit tired,” he said.

“So, now I think I am in a decent level again and ready to go again. Me and the medical staff, we did like a lot of tests to see what was the problem and stuff. Also I had a hamstring injury, which is something that never happens to me.”