Bale – who is contracted to Real Madrid until June 2022 – has fallen out of favour under manager Zinedine Zidane. 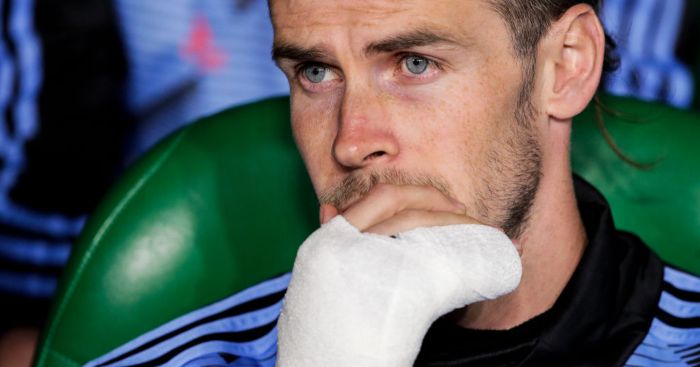 Man Utd boss Ole Gunnar Solskjaer needs to bring in Gareth Bale to give the club a “buzz”, according to Luke Chadwick.

Bale – who is contracted to Real Madrid until June 2022 – has fallen out of favour under manager Zinedine Zidane and played just 48 minutes of Madrid’s 12 games when the Spanish season resumed after the coronavirus lockdown.

Reports in Spain on Monday claimed that Real Madrid are ‘confident’ that Man Utd will ‘make an offer’ for the former Tottenham man.

MAILBOX: Man Utd can sign Bale AND Sancho, Chelsea have ‘the new Lingard’…

And now Chadwick thinks that it would “leave a bit of a hole” if they didn’t sign the Welshman or their reported primary target Jadon Sancho.

Chadwick told Caught Offside: “I’m sure lots of work has gone into the Sancho deal and things seem to be getting away from them at the moment.

“If it doesn’t happen, it will leave a bit of a hole and leaves a lack of time for the recruitment department to get someone of that quality into the club.”

Chadwick added: “I think Bale would certainly give a buzz around the place.

“He’s obviously had a tough few years and not played the amount of football he would have hoped, but in terms of the sort of player he is, when you talk about Man United players of the past, he’s someone who would get the crowd excited, get fans off their seats.

“A wide player in the mould of Sancho, Bale, in my opinion would be a fantastic signing. One of those two, or someone in that position, needs to come in.”