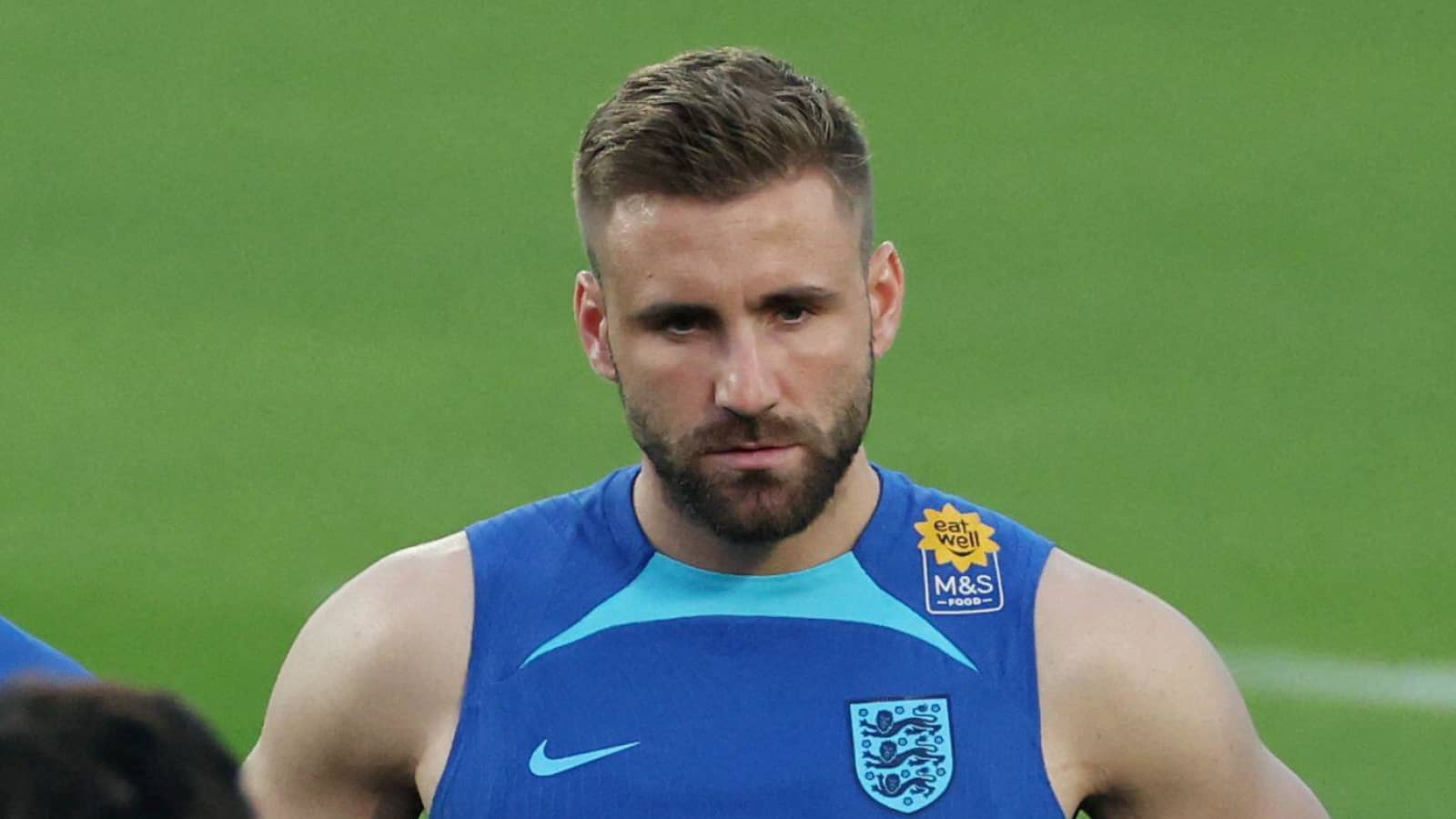 Luke Shaw is hoping the experience of senior England players such as himself will serve them well in the World Cup, despite “not normal” build-up.

Shaw’s 23 England appearances are not all too many in the grand scheme of things. Injury and issues at Manchester United meant he missed a good period of games for his country.

However, his first World Cup experience came in 2014, when he was just 18 years old.

“It was so unexpected,” he said via PA.

“I don’t think I was expecting to go to a World Cup that soon.

“It was a massive experience for me to be around that squad and get a good taste of what an actual World Cup was like… it was unbelievable.”

Shaw made just his third England appearance during that World Cup, in a 0-0 draw with Costa Rica. Now, he is one of the more senior players in the Three Lions’ 2022 World Cup squad.

“It is strange to feel like one of the older because growing up I always felt like I was one of the younger ones in the camp,” he said on England’s YouTube channel.

“I still feel young which is good, and I still am quite young, but everyone is so young. But the experience we have got is vital.”

Indeed, as one of the more experienced members of the squad, Shaw will be hoping to have an impact within his side. He clearly hopes that he can help the younger players to perform well in the tournament.

“It’s nice and if I can give that experience to the young ones and the new ones, then of course I’ll help them in any way,” he added.

Shaw feels the experience of this World Cup as a whole is different to the last one he was at. The fact that it’s in the winter, and players have just left their clubs to play in the tournament makes things feel strange.

“It’s under different circumstances this time because it’s in a different period and we’ve not had that normal build-up where you have a lot of games and you train for a while,” Shaw said.

“The tension is there and it’s building and building. This time, you don’t really think too much of it, we just come out here now and we have three days until the game.

“It could be a better thing for us that we haven’t had too long to wait, games come thick and fast, and we can’t wait to get going.”

READ MORE: Would there be an asterisk next to England if they win Fifa’s Fyre Festival of a World Cup?