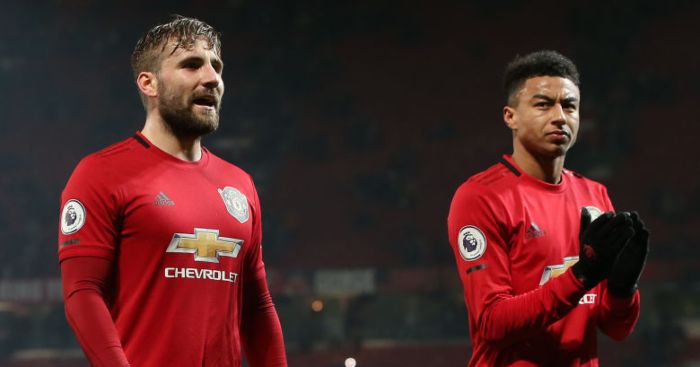 Luke Shaw believes Arsenal deserve – but do not get – as much criticism as Manchester United.

Neither club has performed to expectation this season, with United two places and four points above their former title rivals in mid-table.

Arsenal have brought in Mikel Arteta – and some reasons to be oddly cheerful with him – while Ole Gunnar Solskjaer remains in charge at Old Trafford.

Shaw admits that United “haven’t been” good enough “at times” this season, but feels Arsenal’s struggles are “hardly mentioned”.

That is what a required change in manager will do.

“I’ve had to have a thick skin. Sometimes it’s easy for people to forget what I’ve actually been through,” he told the Daily Mirror.

“You need to have a thick skin to play football anywhere, but especially at the biggest club in the world here at United. Everyone’s watching and wants to have a go whenever you lose.

“They’re just waiting to criticise the moment anything goes wrong but that’s part and parcel of playing for United.

“No disrespect to Arsenal who are a fantastic club, but they’re not exactly having the greatest of seasons and it’s hardly mentioned.

“I find it quite funny that if it’s United, everyone criticises, but Arsenal don’t get a mention.

“We’re here to take this club back to where it belongs – winning trophies and challenging for titles. And I honestly believe we’re on the way towards doing so.

“We know when we’re not at our best and we know when we play well what we can achieve, but we have to sustain it and that’s why I believe there are a lot of good days to come.”