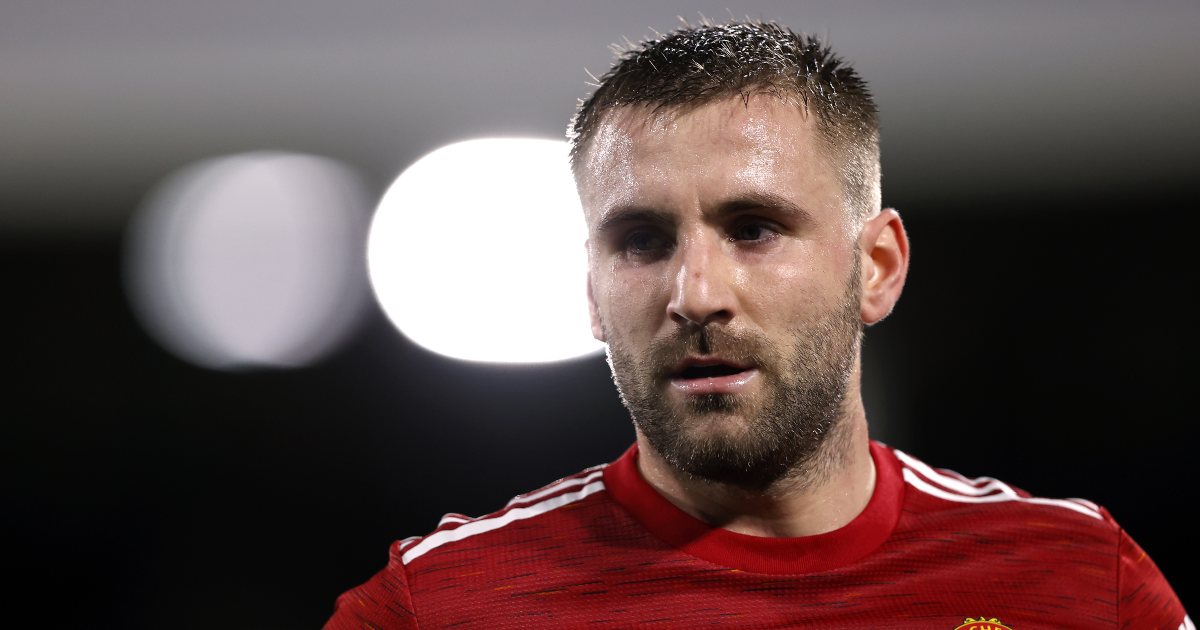 ‘Luke Shaw wins awards for being Man Utd’s shiniest turd’ was our headline in May 2019, when United’s season had ‘wound down to an embarrassing conclusion’ and the left-back was narrowly favoured ahead of Victor Lindelof and top scorer Paul Pogba by fans and team-mates alike. The tallest dwarf. The shiniest turd. That headline alone illustrates just how much has changed at United in less than two years. Shaw now has little chance of regaining his individual trophies but he will be far happier in 2021 than 2019. Happier and a far, far better player.

It’s impossible to judge United on this shellacking of a Saints side that was already depleted before they lost a player to a ridiculous challenge after just 79 seconds. They will certainly be relieved to end their first three-game winless Premier League run in the time of their lord Bruno Fernandes, end this midweek ahead of Liverpool in second, see Marcus Rashford end a run of five Premier League starts without a goal and watch Anthony Martial end his own particularly painful goal drought. But while we cannot truly judge United, we can continue to judge Shaw, and find him guilty of being in the finest form of his career.

By half-time he had created more chances (5) than in any other Premier League appearance this season and boosted his assist count from one to three. Yes, it is undoubtedly easier to play against ten men, but Shaw still had to deliver. And deliver he did – to the back post for Aaron Wan-Bissaka’s opener, and to the centre of the box for Edinson Cavani to make it 4-0. These are not hit-and-hope crosses lofted into an area, but targeted balls that require vision as well as execution. Right now, with Fernandes fading into the pack, he might just be United’s outstanding player.

Luke Shaw’s first half vs. Southampton by numbers:

Set-pieces skew the numbers somewhat but he has never created so many chances (his numbers have doubled in a season), while his defensive work has benefited massively from his improved fitness and maturity. He is now so integral to United’s continued success that Solskjaer hauled him off at half-time against his old club; he will be needed at Everton on Saturday night.

“He’s more than capable of being the best left-back in the country, in my opinion,” said England boss Gareth Southgate in October. In our opinion, that is no longer in doubt. It took Thomas Tuchel only 75 minutes to work out that Ben Chilwell is not a £50m left-back, while it’s now hard to argue that Bukayo Saka is best utilised as a wing-back.

Almost two years since his last England call-up (which led to the fourth successive withdrawal/unavailability through injury), Shaw is head and shoulders above any other left-back competition. Almost seven years since he went to the 2014 World Cup as a teenager, he should go to a delayed Euro 2020 as a grown-arsed man. The only question might be whether he would play as a wing-back or left-sided centre-back in Southgate’s preferred formation.

Ole Gunnar Solskjaer has managed Shaw perfectly, talking with kindness to a player whose career was almost ended by injury and then by Jose Mourinho, but then bringing in Alex Telles to remind him that his place is not guaranteed. There have been carrots, there have been sticks and now at last there is a brilliant footballer whose reliability exceeds his unrealised potential.