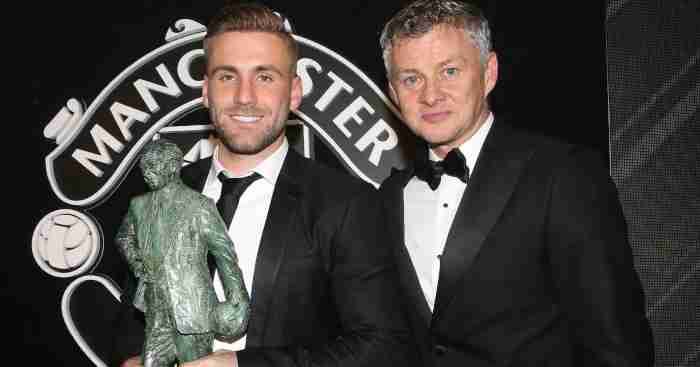 United’s season has wound down to an embarrassing conclusion, with the Red Devils failing to qualify for next season’s Champions League.

But Shaw has the consolation of winning the Sir Matt Busby Player of the Year award, with supporters voting for the left-back ahead of Victor Lindelof and third-placed Paul Pogba.

Shaw also took the Players’ Player of the Season award by a single vote from Lindelof.

Other winners included Mason Greenwood, who collected the Jimmy Murphy Young Player of the Year award, and Tatith Chong in the Under-23s award. Both look set to play a part in United’s final match of the season at home to Cardiff on Saturday.