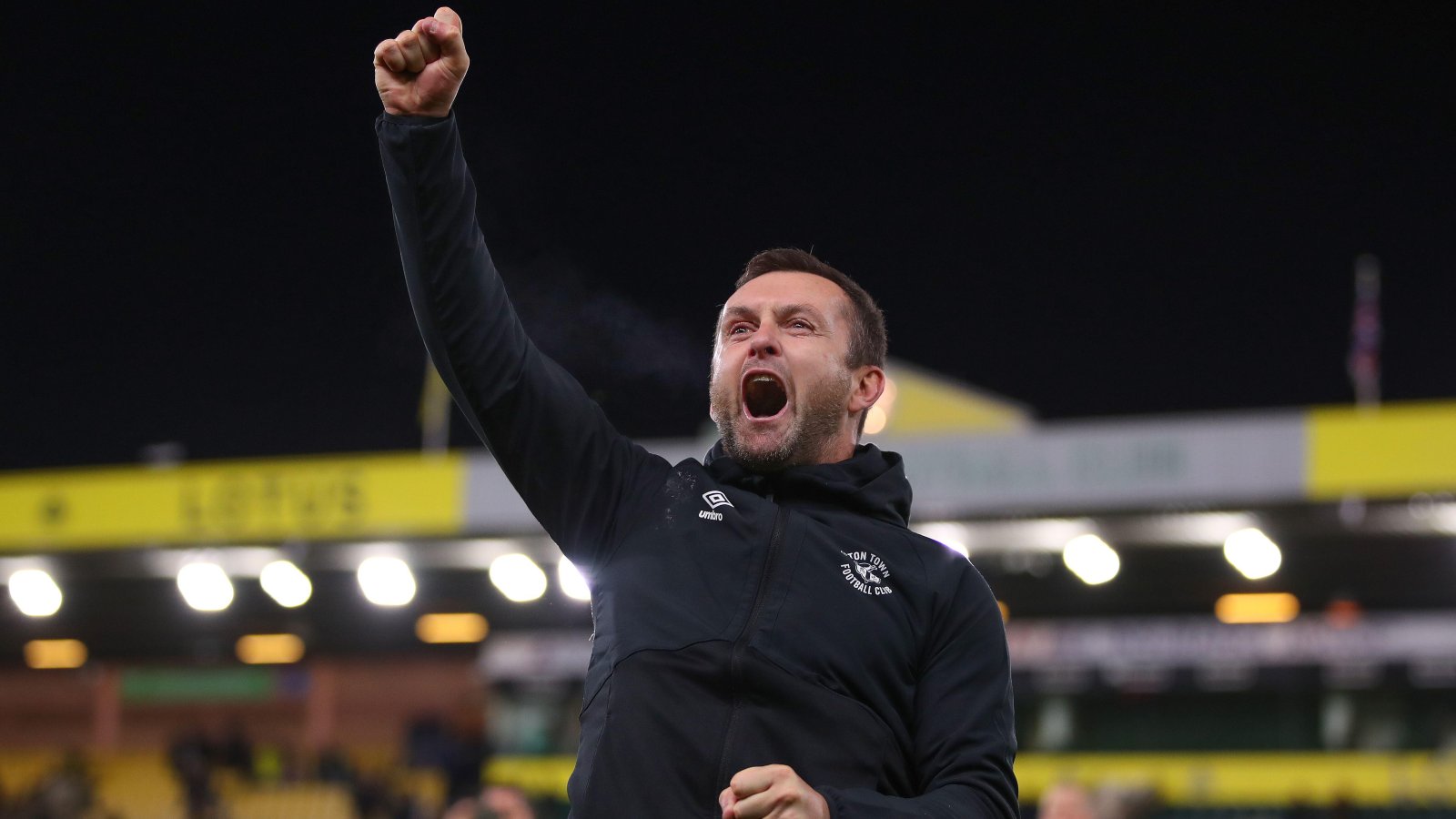 Southampton have moved quickly to replace manager Ralph Hasenhuttl and have been given permission by Luton to speak to Nathan Jones.

Hasenhuttl was sacked by Saints on Monday morning after almost four years in charge following their poor recent run of results.

Southampton slipped into the relegation zone following Sunday’s 4-1 home defeat to Newcastle and the club see Jones, 49, as the man to help them climb back out.

Luton travel to Stoke on Tuesday and will allow Saints to speak to their manager after the match.

A statement from the Hatters read: “Luton Town Football Club can confirm that permission has been granted to Southampton to speak to Nathan Jones about their managerial vacancy following the Hatters’ match at Stoke City.

“We would like to place on record that the Premier League club have approached the board in the correct manner, for which we are grateful, and that the whole situation is extremely amicable with Southampton and with Nathan.

“We would also like to urge all supporters travelling to Stoke to show him and the team your support on what we hope will be yet another memorable away day.

“As a club we will not be making any further comment until the process is complete.”

Jones has done an impressive job at Luton in the Championship on a tight budget and led them to the play-offs last season.

The former Brighton full-back, who originally took over at Kenilworth Road in 2016 and had a brief spell at Stoke before returning, has guided them to eighth this term.

Hasenhuttl survived two 9-0 defeats during his time in charge but Saints finally swung the axe following a run of nine matches without a win, stretching back to August.

A club statement read: “Hasenhuttl, who was appointed in December 2018, departs having made a significant contribution to the club, overseeing some memorable results and also playing a key role in the development of our club infrastructure, identity and playing squad.

“However, we now believe it is an appropriate time to make a change.

“Everyone involved with the club would like to express their sincere thanks to Ralph for all of his efforts, as well as the unwavering commitment he has shown throughout his time as manager.”

If Jones is appointed quickly his first match in charge will be at Liverpool on Saturday.