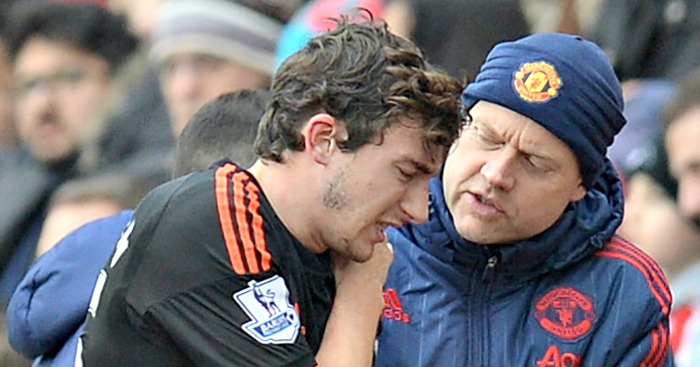 Louis van Gaal has rued an “unbelievable” spate of injuries at Manchester United after Matteo Darmian was ruled out.

Darmian was substituted after 37 minutes of United’s 2-1 defeat to Sunderland at the Stadium of Light on Saturday, replaced by youngster Donald Love.

With Luke Shaw, Marcos Rojo, Phil Jones, Guillermo Varela, Ashley Young and Antonio Valencia all currently sidelined, United are already short on defensive cover, and Darmian has now been ruled out for “several weeks” with a dislocated shoulder.

Captain Wayne Rooney was critical of United after the game, and after insisting he feels no added pressure despite a seventh defeat of the Premier League season, Van Gaal was left to rue the injuries which have so devastated his squad.

“When you analyse the things that have happened to Manchester United this season, it’s unbelievable,” he said. “Another full-back who is injured and we don’t have many full-backs left.”

Love is now in line to feature against FC Midtjylland in the Europa League round of 32 first leg on Thursday.