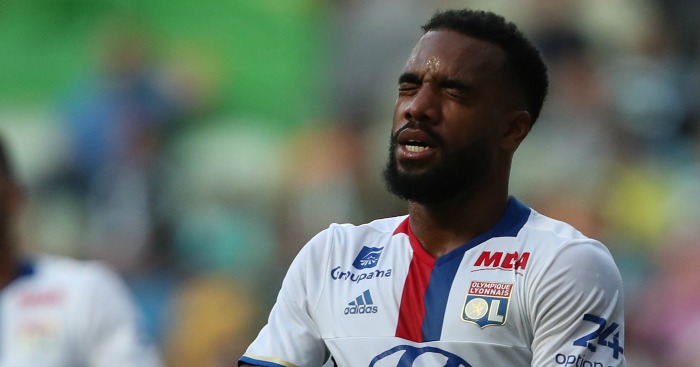 Lyon would rather sell Alexandre Lacazette to PSG than to a Premier League club.

Lacazette has long been linked with a move to England, with Arsenal holding an interest in the striker for some time.

It was reported on Tuesday morning that the Gunners might have to spend up to £60million in order to sign the Frenchman.

A move to Manchester United has also been rumoured for Lacazette, while PSG are thought to be interested.

Lyon president Jean-Michel Aulas has suggested he would have no problems selling to PSG counterpart Nasser Al-Khelaifi.

“I know Nasser suggested to Noel Le Graet [president of the French Football Federation] that he is not investing that much in French players because he thought other presidents of French clubs looked badly upon it,” Aulas told France Football.

“I want him to know that if he makes an offer for Alexandre at least equal to that of the other clubs bidding for him, then Alex can go to Paris without problem.

“I am a businessman and a modern club president. Transfer money must be reinvested into French football, as I always did when we were at the peak of our powers.

“When transfer money is shared abroad, it strengthens our competitors instead.”