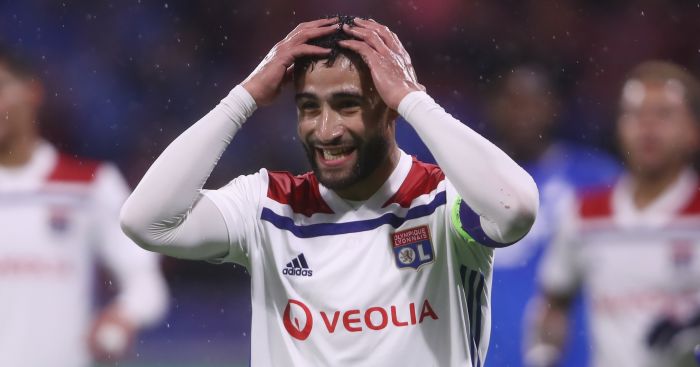 Lyon president Jean-Michel Aulas doubts Liverpool’s reason for their “change of heart” over the transfer of Nabil Fekir to Anfield.

Fekir seemed destined to move to Liverpool in the summer, with the club agreeing a reported £58million fee with Lyon ahead of the World Cup.

According to reports at the time, the move collapsed when the Reds asked the player to undergo two medicals, having discovered a potential problem relating to a previous knee injury.

Negotiations were not resumed after the summer World Cup in Russia, leaving Fekir to play the season at Lyon.

On why the deal collapsed Aulas told RMC: “At the final moment, the three parties did not find an agreement, but not just Liverpool & Lyon, who had had an agreement. There was a change of heart from Liverpool’s point of view, as we were in a tight situation in that Nabil was about to go to the World Cup, we decided to finish [the talks].

When asked whether Fekir’s knee was the issue, Aulas added: “I think it was one of the arguments that was used on the Liverpool side, but personally I do not think it was the real reason.”

There have been long-term rumours that Liverpool could reignite their interest in the January transfer window but Aulas reckons Fekir wants to stay until at least the end of the season.

“I do not think that he wants to [leave in January]. So, especially in the moment that we are in, with a chance to qualify for the Champions League and definitely being in the Europa League, I don’t imagine that Nabil could leave this summer.”