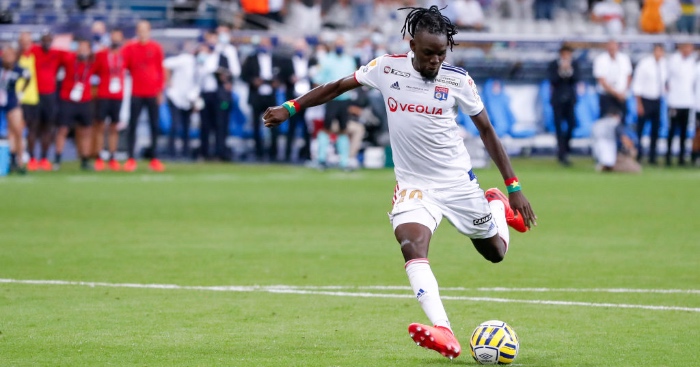 Aston Villa have had a £16 million bid for Lyon forward Bertrand Traore rejected, according to reports.

Villa are on the hunt for another attacking player after securing the signing of Ollie Watkins from Brentford.

However, Lyon have rejected Villa’s first offer as they see Traore as an important first team player, according to Foot Mercato (via Goal).

It’s unclear whether Dean Smith’s side will return with an improved offer. Lyon may reconsider if Villa return with a larger fee in excess of £20 million.

Villa are preparing for their first Premier League game against Sheff Utd on Monday 21st September.

They’re close to securing the signing of Emiliano Martinez from Arsenal after the two clubs agreed a £20 million fee.

Traore has become a first team starter at the French side since leaving Chelsea in 2017. He’s made 87 appearances in total, scoring 21 goals.

The 25-year-old has also had two loan spells in Holland with Vitesse and Ajax respectively.

He’s a versatile player, too, and can play either as a right winger, attacking midfielder or centre forward.

Traore could be brought in to provide Jack Grealish and Watkins with support up front. Record signing Watkins is expected to become the club’s new first choice striker following the injury to Brazilian attacker Wesley Moraes.

Arguably Villa’s best piece of business during this transfer window has been them keeping hold of their talisman Grealish.

The England international is heavily linked with a move away from Villa Park, but this hasn’t materialised.

Villa will be aiming to remain in the Premier League again this campaign after narrowly avoiding relegation last time out.

They finished in 17th place on 35 points, just ahead of the relegated trio.

And with Villa’s positive transfer dealings this summer, it looks like they have a solid chance at finishing higher.