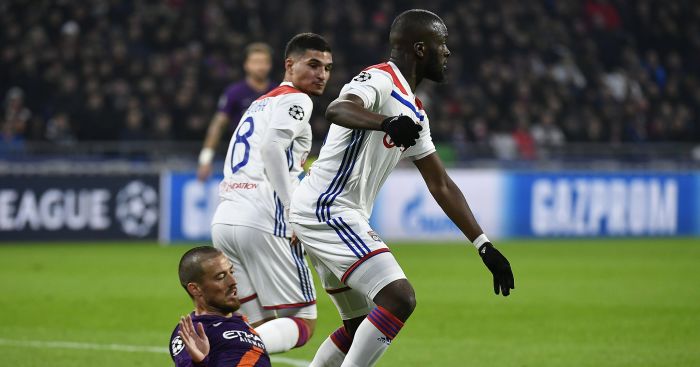 Lyon midfielder Tanguy Ndombele has admitted he is flattered by interest from Spurs, but would join any ‘big club’.

Reports have suggested Tottenham are in talks over a potential deal, and that the London club are well placed to land a player who has also been strongly linked with Manchester United and Juventus.

Lyon president Jean-Michel Aulas has previously said that both United and Manchester City had made enquiries for the player, although Tottenham are known to have been scouting the 22-year-old since the 2017-18 season – viewing him as a long-term replacement for Mousa Dembele.

Now, he has spoken out about interest from England – seemingly confirming Spurs are after him but opening the door for other ‘big clubs’.

“Yes, it’s true that Tottenham is a great team, it’s a big club,” he told Telefoot when asked about interest from Spurs.

“They finished fourth in their league, they’re finalist in the Champions League, it’s still a big club like any other. Which player would not be interested in a big club?

“As I told my agents and the club, I’m not fixed yet, I did not make a decision. Of course I could see myself staying with Lyon, the club will be in the Champions League.

“But I’ve not asked the question to stay or not and I’ve not spoken with the new staff.”

Monaco’s Youri Tielemans and Real Betis ace Giovani Lo Celso also believed to be on Spurs’ radar, and Tottenham have been tipped to pay a club record fee to sign Lo Celso this summer.