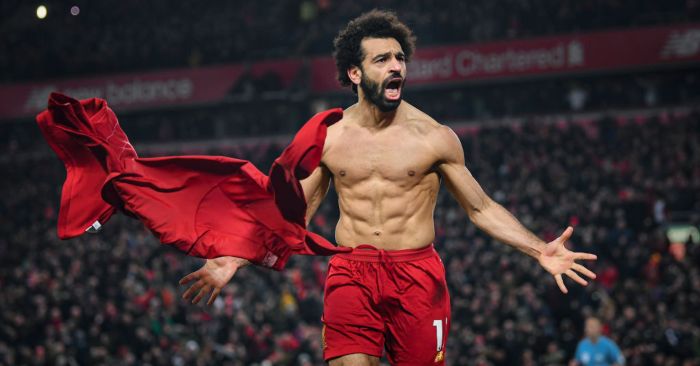 Steve McManaman says Mohamed Salah will reject the chance to ditch Liverpool and join Real Madrid this summer, dismissing claims he is using the Reds as a stop on his way to the top.

Reports in Spain last month claimed Los Merengues are getting cold feet at the potential costs involved in signing No 1 target Kylian Mbappe from PSG and will instead turn to Salah as a cheaper alternative this summer.

Gary Neville claimed the Egyptian would be targeting a “big move” and was using Liverpool as a stepping stone.

And even Jamie Carragher suggested Liverpool fans would not be opposed to a potential £150m sale were Real to make a move for the Egyptian this summer, to add even more fuel to the fire.

However, McManaman, who himself made the move from Anfield to the Bernabeu back in summer 1999, says the fact that Real are not able to guarantee the game’s biggest trophies, together with the fact that the LaLiga is now behind the Premier League in terms of quality, means Salah is far more likely to stay at Anfield.

“I see his future at Liverpool to be honest,” McManaman said in his column for HorseRacing.net.

“Regarding this whole aura about Real Madrid and Barcelona, I think players are consistently linked with them because they were both considered the best sides in the world back in the day, however the best sides are now in the Premier League.

“The best teams in Europe now are in England, so I don’t understand the premise of why you need to go to La Liga at the minute.”

“The same applies to Barcelona. Lionel Messi is going to retire in the next few years and Real Madrid are going to lose Sergio Ramos, Toni Kroos, Luka Modric and Karim Benzema. They’re all in their thirties and there’s going to be a real transitional phase going on in Spain over the next couple of years.

“We are starting to see the decline of the top Spanish sides before this transitional period. In my opinion, the future of superstar footballers belongs in England.”