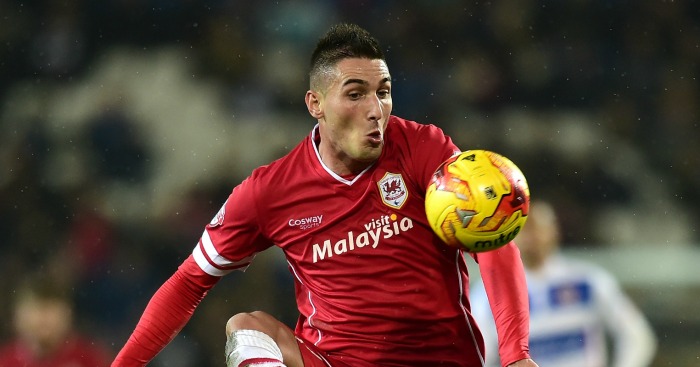 Federico Macheda has left Cardiff after his contract was terminated by mutual agreement, the Championship club announced on Tuesday.

The Italian scored a sublime debut goal for Manchester United in a win over Aston Villa in April 2009 when he was 17, but had six spells on loan before leaving Old Trafford for Cardiff in 2014.

Macheda, now 25, had a stint at Nottingham Forest earlier this year, but has now left the Bluebirds with 12 months remaining on the deal he signed two years ago.

A club statement read: “Cardiff City can confirm that Federico Macheda’s contract with the club has been terminated by mutual agreement. The player leaves Cardiff City with immediate effect.

“We would like to thank Federico for his contribution and wish him the very best for his future.”