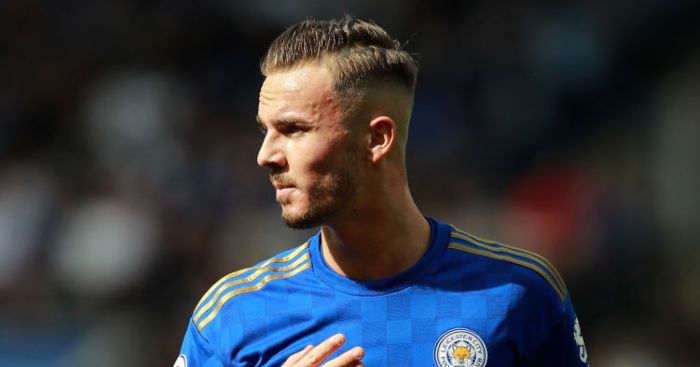 James Maddison insists speculation regarding his future “won’t distract me” as he aims to inspire England’s Under-21s at the 2019 Euros.

Maddison has been linked with a number of Premier League clubs after impressing in his debut top-flight season with Leicester.

The midfielder would ‘be interested’ in a move to Arsenal, but the Gunners are thought to have already been priced out of a move.

Liverpool were one of a trio of unlikely suitors mentioned earlier this month, while Manchester United made the 22-year-old a ‘priority’ signing this summer.

Maddison is contracted to Leicester until 2023 and is eager to work with Brendan Rodgers, however, with his current focus on the 2019 Euros in Italy.

Asked whether his reported £60m valuation and interest from Arsenal and Manchester United would play on his mind, Maddison told Sky Sports: “No, you have just got to ignore that and take it all in your stride.

“As a 17 year-old boy I’d started five games for Coventry and saw on my phone that I was being linked with Tottenham and Liverpool.

“With transfer talk you need to take it as a compliment that people are even talking about you, it won’t distract me.”