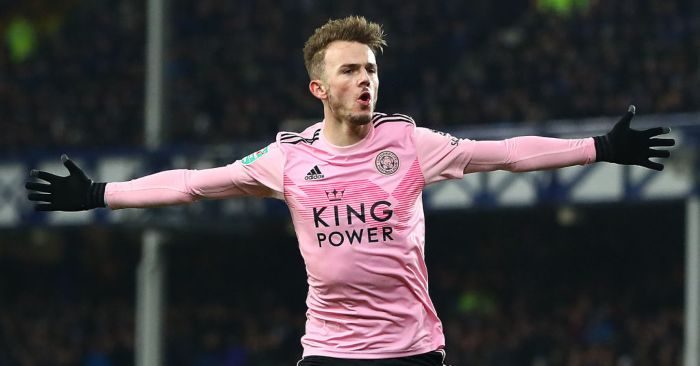 James Maddison is not in “any mad rush” to leave Leicester City, according to former Foxes defender Matt Elliott.

The attacking midfielder has been heavily linked to Manchester United over the past year with reports ramping up again now the January transfer window has opened.

The Daily Mirror say that United ‘are prepared to trade’ Jesse Lingard and £45m to land Maddison, which makes approximately no sense.

And Elliott, who made well over 200 appearances for Leicester, doesn’t envisage Maddison leaving the King Power Stadium anytime soon.

Elliott told Sky Sports: “Yes of course it’s vital for any team to keep your best players but I don’t think it’s anything that unduly worries the Leicester City manager and the board.

“Maddison is a top-class player, of course he is, but he’s still in the development stage and I don’t think he’s in any mad rush to be leaving Leicester City.

“Who would? Even if the big boys come in and make huge offers Leicester are not in a situation where they need to sell.

“They have the financial backing, they have the progress they’re making, and they have the platform for the players to go and showcase themselves so I don’t think it’s anything that unduly worries Leicester City.

“And even if one, or even two, were to go they show they have the reinforcements ready to come in.”