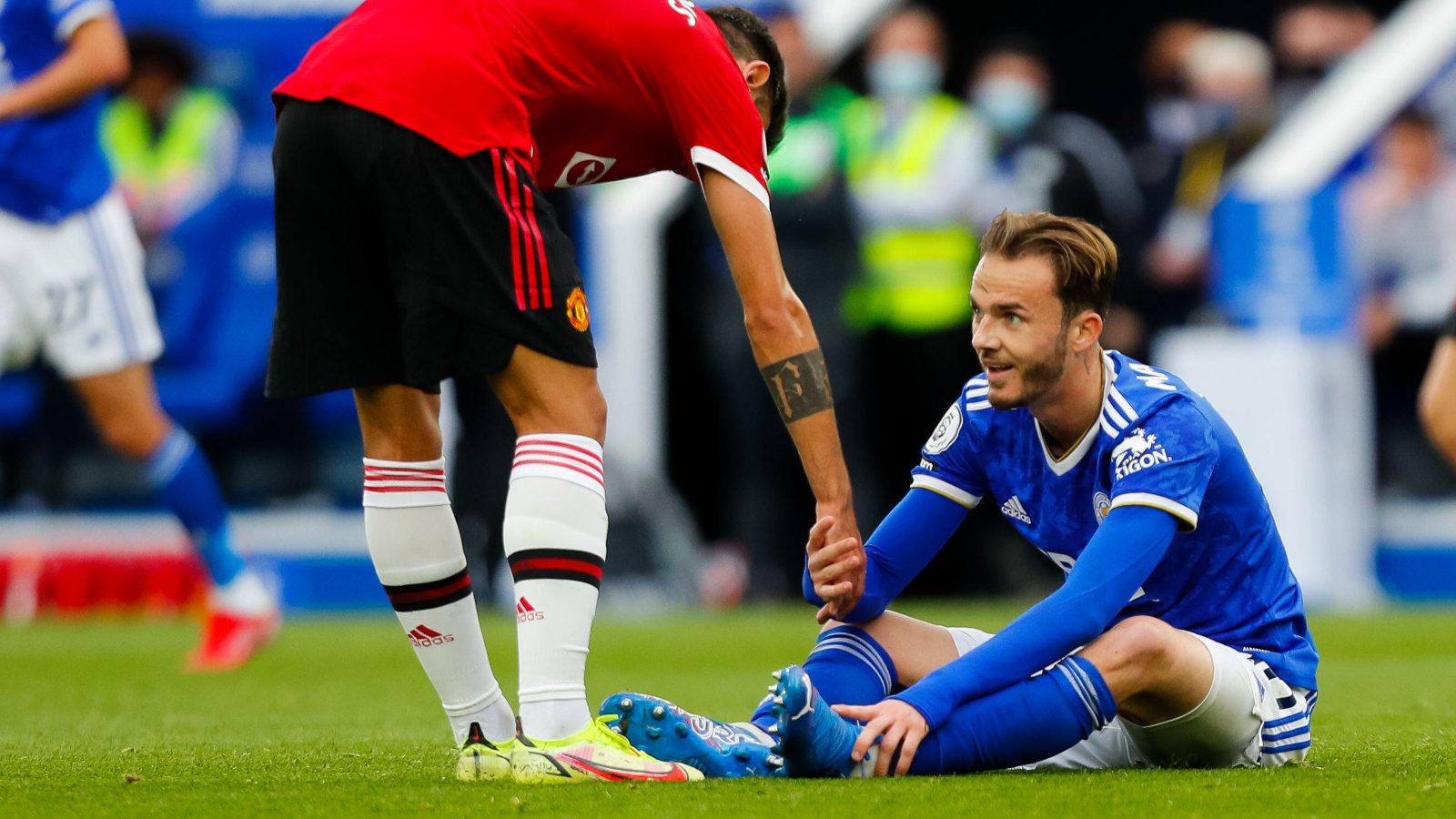 James Maddison has revealed that watching how Bruno Fernandes plays for Manchester United has helped take his game to another level.

The Leicester City midfielder has been in brilliant form for the Foxes this campaign with seven goals and four assists in 13 Premier League starts.

That form saw him earn a place in Gareth Southgate’s 26-man England squad for the World Cup finals with the Three Lions’ first match coming against Iran on Monday.

In the 2020/21 season, Man Utd midfielder Fernandes scored 18 goals and contributed 12 assists in 37 Premier League appearances and Maddison made sure he studied the Portugal international “a bit closer”.

“A couple of seasons ago, when I wasn’t in the England squad, Bruno Fernandes was playing very well for Manchester United and putting up ridiculous numbers in terms of goals and assists,” Maddison told reporters.

“So I probably watched him a bit closer at that time. ‘How is he scoring so many goals? What runs is he making that I’m not?’. If that makes me a student of the game, then that’s what I am.”

Maddison is the first England player to speak since they landed in Qatar earlier this week and he’s opened up on his excitement at being at a World Cup.

The Leicester midfielder added: “I watch every game. My house is football mad. My girlfriend goes crazy because I watch so much. During the lockdown, when there were four games a day, I had them all on.

“I don’t think that there is a player now that I model my game on – maybe when I was younger. I appreciate all the good players in the Premier League.

“I try and take something from each of the players I watch, whether they are a higher level, the same level or lower. If I’m watching a game on TV, I’m often watching players in my position.

“I’m a football man. I’ve said that many times. Because I just love the game. In my head, I’m still that little boy who is kicking the ball around in the garden on or with [England] face paint on.”

There was an injury scare over the weekend when Maddison limped out of Leicester’s 2-0 win over West Ham on Saturday after opening the scoring.

But the scan came back fine and now he’s raring to go ahead of England’s first match, Maddison continued: “It’s okay. We had a scan the day before we met up. It was a positive scan.

“I had a little problem in the week building up to the West Ham game and post the Everton game, which was the week before for us. I wanted to play, I didn’t want to not give it a go because of the World Cup. That’s not the person I am.

“I didn’t want to have that attitude, I wanted to help Leicester because the focus was still there and [I] managed to score early and carry on for a little bit after that.

“But there was a bit of soreness and it was getting a little bit worse as the game went on so I thought it was probably for the best for me to come off and get someone else on who wouldn’t have that problem in the full sprint and that full extent.

“We’ve had the scan since, it was a good scan. It wasn’t any major problem. I have to do a bit of work to get up to speed with the physios here but it should be no concern.”

READ MORE: This World Cup is a devil’s bargain that should see beginning of the end of Fifa