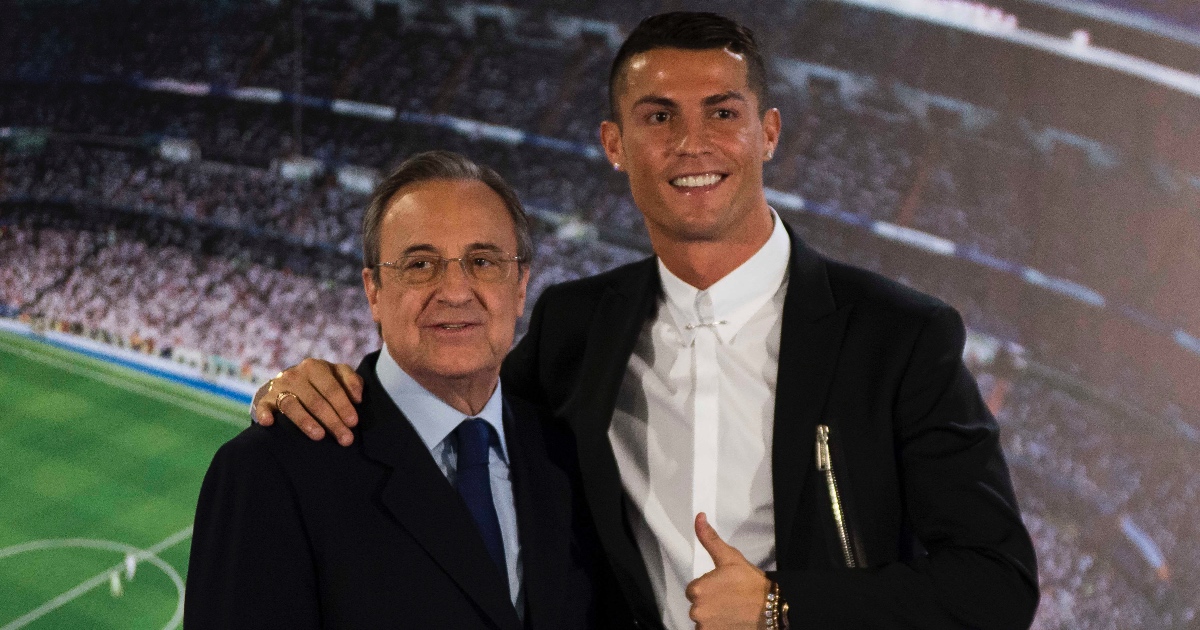 It is the latest recording released by El Confidencial after audio of Perez from 2006 was leaked earlier in the week of him calling former Madrid stars Iker Casillas and Raul “frauds”.

Perez – who returned as Madrid president in 2009 – claimed the recordings have been taken out of context.

MAILBOX: Southgate is too nice. So England should hire… Roberto Martinez

In the latest leaked file, Perez can be heard criticising Madrid legend Ronaldo in 2012.

He said: “He [Ronaldo] is mad. This chap is an imbecile, he is ill.

“Do you think this chap is normal? He is not normal, otherwise he wouldn’t do the things he does. The last foolish thing he did, everyone around the world saw it.”

The context of the comments aren’t clear, but Perez went on to say of both Ronaldo and Mourinho, who was managing the club at the time: “These are guys with huge egos, both of them spoiled.

“He [Ronaldo] and the coach [Mourinho] don’t see the reality because the two could earn a lot more money if they were different. They are both abnormal because we are talking about a lot of money in image rights.”

Perez went on to criticise the agent of both Ronaldo and Mourinho, Jorge Mendes, claiming he was of no help when dealing with the duo.

Perez released a statement on the Real Madrid website on Tuesday and claimed the recordings have been released now due to his involvement in the highly criticised, ill-fated European Super League.

Perez said: “The comments are taken out of the context in which they were made. That they are reproduced now, after so many years, I believe is due to my role as one of the promoters of the European Super League.

“I have placed the issue in the hands of my lawyers who are studying possible legal action.”