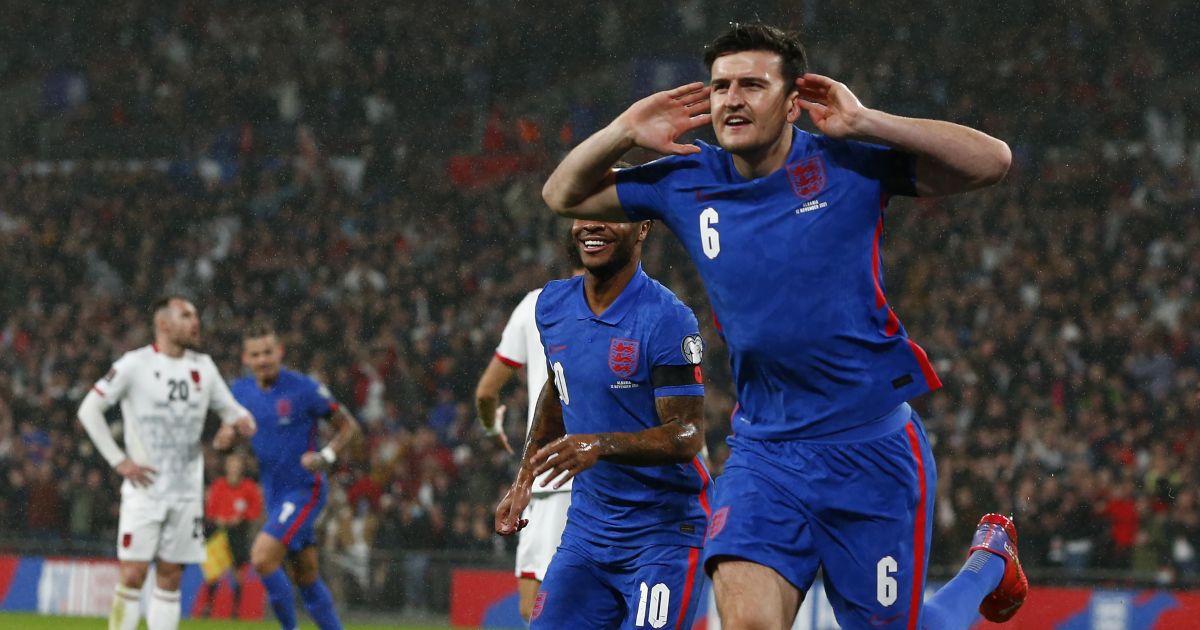 England defender Harry Maguire was “a bit childish” during his celebration for the Three Lions’ opening goal in a 5-0 victory over Albania on Friday night, according to Tony Cascarino.

Maguire, who has been criticised for his recent performances for Manchester United, celebrated his goal in England’s penultimate World Cup qualifier by sliding on his knees and putting his fingers in his ears.

The celebration suggested that Maguire was trying to ignore his critics but he was roundly criticised by Roy Keane, Ian Wright and Jermain Defoe in the ITV Sport studio at half-time.

Keane claimed the centre-back had been a “disgrace” in recent weeks for United and said Maguire’s celebration was nothing short of “embarrassing”.

Maguire denied that the celebration was a message to his critics but Cascarino reckons it was a “childish” reaction to fair criticism.

Cascarino told talkSPORT: “If you play badly, and you have a bad time, you’re going to get stick. It’s plain and simple. It is what it is. People are going to criticise you if you make mistakes.

“I thought it was a bit childish. I thought, ‘Really?’ You’ve got stick, but you haven’t play well enough not to get stick.”

Former Republic of Ireland player Cascarino added: “When he goes for you, he really goes for you. I always laugh.

“When they [Republic of Ireland] had the problem in 2002 when he left the World Cup, the meeting between Mick McCarthy and the lads, the lads were actually shocked by the machine gun tongue showed at that time.

“Things sit with Roy. You think you’ve got away with it – and he’ll sit. He’ll store it up. It can go over a year or two years, then suddenly it comes out.

“Unfortunately for Harry, Roy has only had a few months of watching him play badly. He’s probably thought, ‘If you do something like you just did, I’m going to give it to you’.”