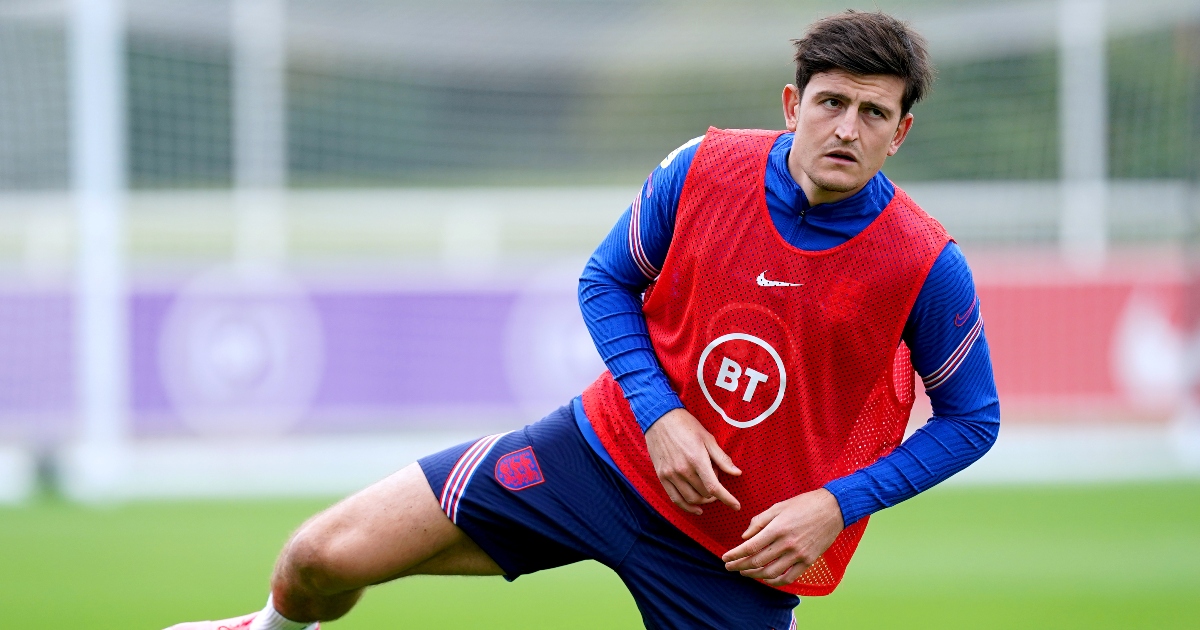 Ronaldo re-joined the Red Devils after departing the club in the summer of 2009 to join Real Madrid.

And Maguire has waxed lyrical about his latest teammate, claiming he is “the greatest player to play the game”.

“It’s amazing,” he said when asked about the signing. “Obviously I’m away with England at the moment so my focus is on the game tomorrow but for him to sign back for the club [is amazing].

“For me, the greatest player to play the game.

“Obviously he’s going to improve our team as well with his goalscoring record. It’s amazing to have him at the club. I’m looking forward to meeting him in a few days.”

Ronaldo is a five-time Ballon D’or winner and has won over 30 major trophies during his career, including three Premier League titles and one Champions League with United.

He enjoyed his most successful spell with Real Madrid, spending nine years with the Spanish giants.

And the 36-year-old has claimed Sir Alex Ferguson is the “main” reason that he re-signed for United this summer.

Ronaldo had an amazing relationship with Ferguson and he has revealed that the former Man Utd boss convinced him to join Ole Gunnar Solskjaer’s 2021 side.

When asked what part Ferguson played his return to Old Trafford, Ronaldo told the club’s official website: “As everybody knows, since I signed for Manchester [United] at 18, Sir Alex Ferguson was the key.

“I remember when we play against Manchester when I was at Sporting Lisbon. For me, Sir Alex Ferguson is like a father in football, he helped me a lot, he taught me many things.

“And in my opinion he had a big role because of the relationship that we had, we keep in touch all the time and he’s an unbelievable person.