Home All The News Maguire: England have ‘areas to build’ and versatility is key 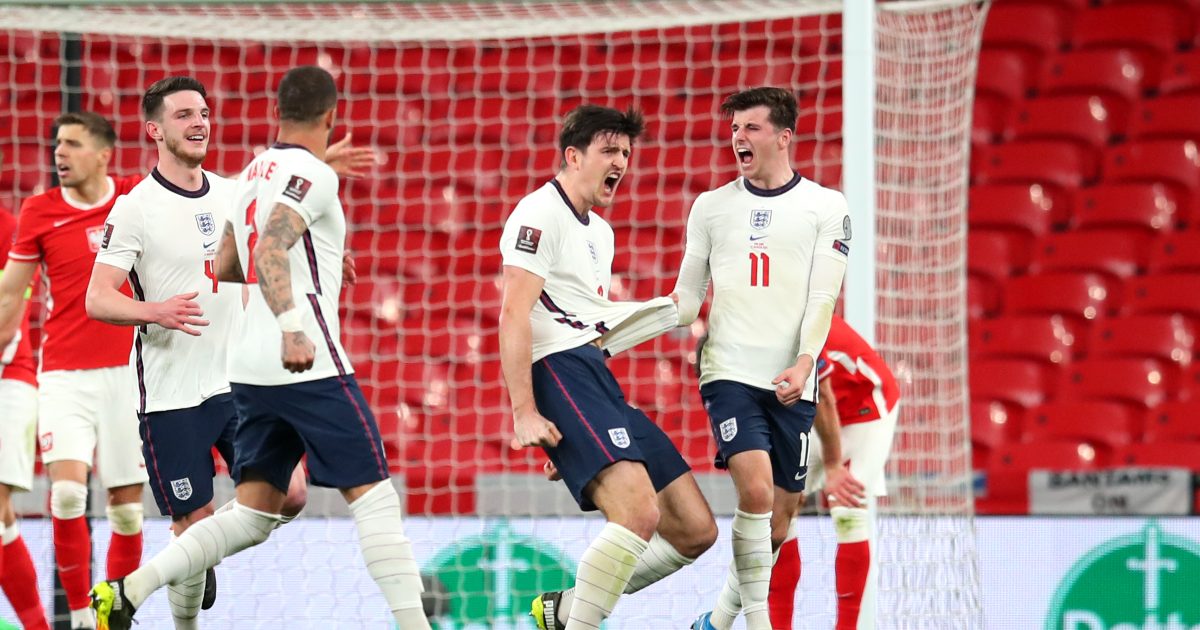 Harry Maguire has insisted that it is important that England are capable of flipping between formations ahead of this summer’s European Championships.

Gareth Southgate has been routinely asked questions about whether he intends to start this summer’s rearranged European Championship with a back three or a back four.

England reached the 2018 World Cup semi-final with a three-man defence but Southgate switched to a four immediately after.

That now seems to be his preferred option as all three World Cup qualifiers in March saw England start with four across the back.

But they did revert to a three after Maguire’s late goal put them ahead against Poland on Wednesday night.

The Manchester United defender is almost certain to start for the Three Lions this summer no matter what shape Southgate settles on and believes it is an important aspect of England’s approach.

“It’s a good option to be able to flip between both,” he said.

“We found it tough to adapt to Poland’s change. Whether we play with a four or a three there are lots of areas to build.

“Over the last camp we played really well as a four and only conceded one goal – I don’t know how man shots Nick Pope had to save but presume it is minimal.

“It is definitely important that we can play in either system.”

Maguire also set out the targets of all those players hoping for a call-up for the Euros having now returned to their clubs.

“You’ve got to be playing at a good level for your club – stay fit and ready,” Maguire added.

“You want to go into the Euros in good form, get games in between now and the end of the season and give yourself the best opportunity to be selected for the squad.

“We can only look after ourselves and you have just got to make sure you are fit and ready to be selected and prove to the manager you can play game after game if want to be successful to the very end.

“It is seven games in a short period so it’s important to be fit and in good form. I’ve been to one World Cup and it will be an amazing achievement to be selected for the Euros.

“Every time I wear this shirt I am so proud. It is a massive honour. I went to the Euros in France to watch and saw the atmosphere and passion of the fans. I know how big it is to play for your country.”