Home Mailbox Man Utd newbie concern; Maguire is fine for England and would have been for Chelsea 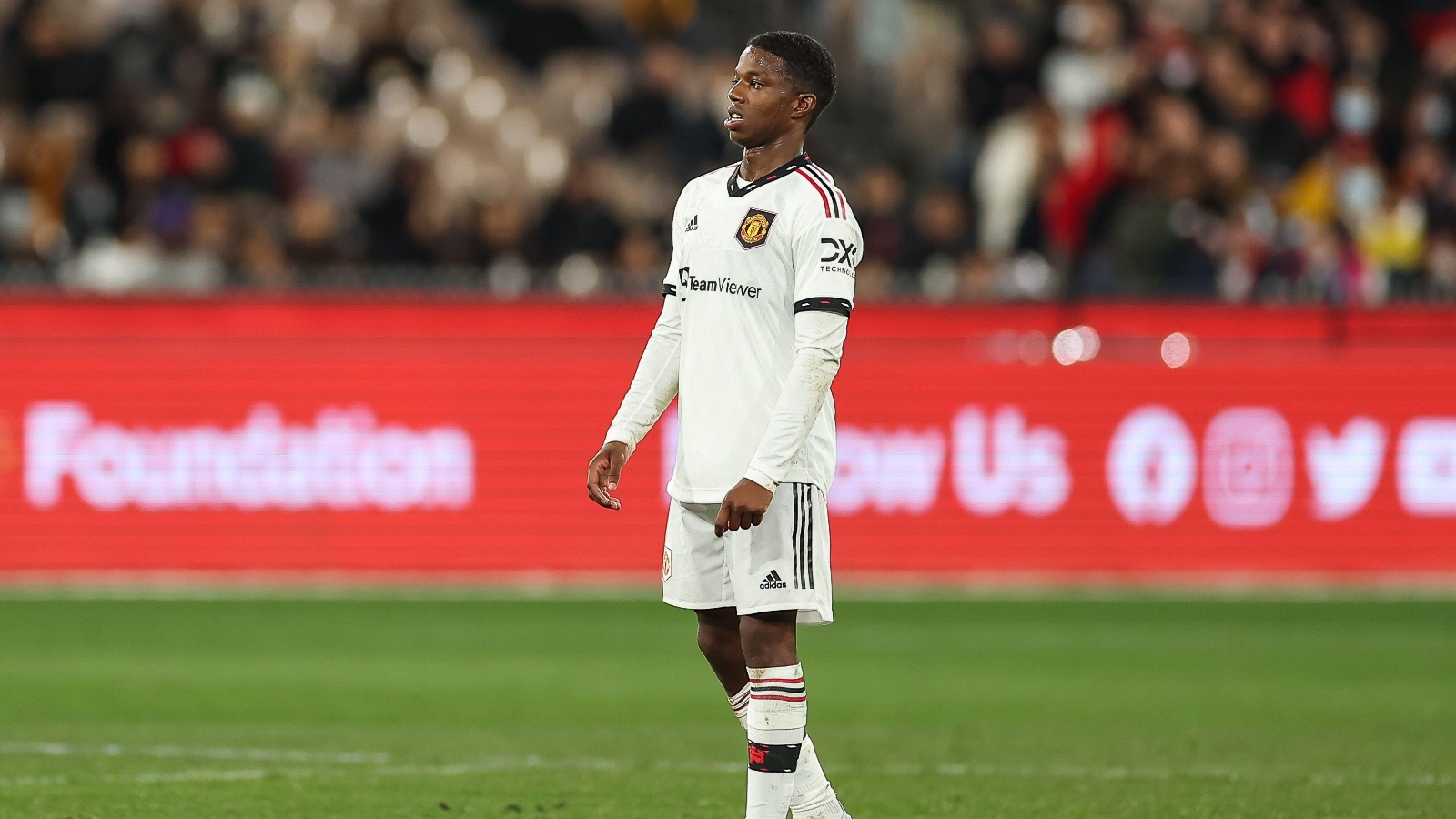 Maguire or a 4-3-3? The Mailbox is looking towards the internationals but there’s space for concern over a Man United summer signing.

Maguire is fine for England
The Maguire argument rumbles on, I’ve watched nearly every match he’s played for the last three years, he’s not a bad defender nor is he a brilliant defender, he’s just very niche.

His deficiencies are obvious. He’s slow, painfully slow for a premier league player. He’s also too nonchalant when pressed and is too easily dragged out of position.

His qualities are also obvious. He’s a good passer, good with offensive and defensive headers, and can organise a back line sufficiently. He’s adept, for a centre back, at bringing the ball into midfield when his passing options are marked and is pretty good at tackling/blocking in the box.

Given the above characteristics he will always look bad in a system with a back 4, high defensive line, and little midfield coverage. Whereas the same characteristics make him quite suitable for a system with a back 5, quick defenders on either side, and 2 deep lying midfielders. That Man United play the former system and England the latter, it makes sense that he’ll start for Southgate and not for Ten Hag. He’d have been fine for Chelsea under Tuchel as a long term replacement for Silva.

If England want to move to a back 4 or even a more progressive back 5 system then he is a liability, but given how results went when this was tried in the Nations League I don’t think its likely. In which case he’s better suited for that role than any other England defender. This isn’t a great indictment of English defending I agree, but that’s where we’re at the moment.
Dave, Manchester

An England 4-3-3?
I have to disagree with some of what Matthew (ITFC) said in the morning mailbox, as I think it is being a bit contrary.

Firstly, ‘What we’re hoping for’ is a bit presumptuous isn’t it? It might be possible, probably even, that not everyone agrees with this line up. Secondly, the lineup looks suspiciously like a 433 to me.

I’d agree with Pickford, and Chilwell is probably fair, although one of him or Shaw needs to nail down a spot for their club or we might actually end up with Trippier, which I agree is not a great look. Dier and Tomori over Maguire and Stones? Behave. The dismissive ‘never let anyone down’ of the latter pair is actually exactly why they should be starting! I’m not saying they are infallible, but they have been a mainstay of the side that has performed very well in our last two major tournaments. Walker or James for RB, happy with either as they are both excellent, and while TAA is also excellent, he seems to be less tactically flexible than the other two, hence one of them should get the nod.

Rice, Bellingham and Mount would be a pretty good midfield, no real argument, although if you are seriously suggesting we have Dier and Tomori as our starting CB’s, then a double pivot would be needed! The front three of Sterling, Kane and Saka is pretty tasty, personally I would say Foden over Saka, but completely agree Saka would be a quality option (really isn’t looking too positive for Sancho with all these other options! Although Rashford could be our back up striker if he continues his decent start to the season).

So, overall, I don’t think it is as simple as to say everyone wants your lineup, and I’d go as far as to say there are a more than a couple of odd choices/explanations!
Jack (A mid-season World Cup is an utter joke) Manchester

Questioning Tyrell Malacia
I am not sure how to feel about the player. David De Gea’s was the only position he did not play yesterday. The guy was in the box ahead of Ronaldo atleast 3 times during the game. Maybe it was the 2 goal cushion and the fact that Sheriff were not really attacking at that stage but he did leave a lot of gaps at the back so hopefully, this was just him having fun and not reflective of his positioning.
Hassan (Not sure why I even wrote this)

All-Star nonsense
All Star games are a joke filler usually in mid season. Some even have the players do ‘tricks’ for their audience, like puppies. You know, who can skate the fastest around a circle of ice. Are we going to have who can do the most keepy-uppies?

The US and Canada (yes, Canada has teams in all those leagues) covers an enormous geography that would cover an awful lot of Europe and a population to match. As a result they support many more teams than the Premier League, typically 30 to 32 and group them into some kind of regional divisions or conferences to cut down a little on the massive travel and work out some way to filter teams for the cup like ending to the season – they have no separate cup competitions.

What this means is that they already have some kind of groupings they can use to create a ‘rivalry’ for their all-star games bringing the entire countries into play. In reality they may be slightly more watched than a single club game but are nowhere near as watched as a play off game. It’s clear most players don’t take them seriously either and to get as many ‘stars’ into the game, a lot of substitutions take place.

The whole North vs South thing is a little tired and stereotyped. Some clubs would feel they don’t fit either – the Midlands, for example. Why not by colours of club outfits or who makes their shirts?

While the Charity Shield is a ‘friendly’ game it at least has some basis on which to play it.

The ONLY saving grace for a game like this – not that there is ever any space in the calendar – and how many players would drop out due to ‘injuries’ anyway – is if it was free and only for kids – so they could see their ‘idols’ in action. But then, that wouldn’t be what Boehly would want, given it was proposed as a way to generate money.

What blows me away is that he’s only been in charge of Chelsea for a couple of months and he is already spewing this nonsense. And it’s hardly ‘innovative’ to come up with this idea, which was the whole purpose of the event he was at. Doesn’t bode well for the future, does it?
Paul McDevitt

Defending Phillips
That inclusion of Kalvin Phillips in the pointless transfers list is more than a little unfair and seems like he’s been chucked in for the hell of it with no rhyme or reason.

He’s had two niggling injuries since joining and hasn’t been available for selection for four of our six league games. The two he was available for was West Ham first game of the season (he wasn’t going to start that was he?) and the other was a 3-3 ding-dong vs Newcastle in between those two injuries so he was not quite match fit. He’s played exactly the amount of football for an injured or returning from injury player, no?
Mark McGagh