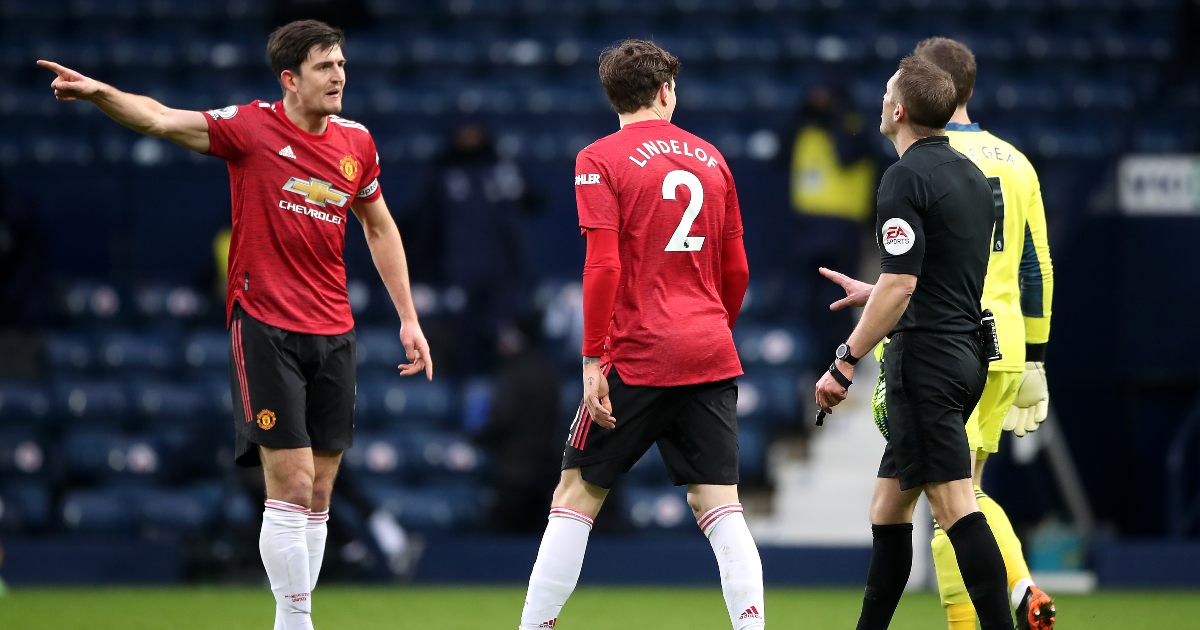 Harry Maguire insisted that you cannot “rely on VAR decisions” after Man United were held to a frustrating draw against West Brom on Sunday.

The Baggies went ahead early on as Mbaye Diagne got the better of Victor Lindelof to head in past David De Gea. Bruno Fernandes equalised before the break via an unstoppable volley.

It looked like United had been given a penalty in the second half, as Maguire was brought down. But VAR ruled that the defender was in an offside position and that there was minimal contact.

The Red Devils had chances to win it in the second half, as Scott McTominay had an effort cleared off the line. Diagne also missed a couple of opportunities to get his and his side’s second before the end.

Maguire came closest to scoring in stoppage time, though. His header looked to be destined for the top corner but Sam Johnstone was there to tip it onto the post.

Speaking post-match with Sky Sports, as cited by BBC Sport, Maguire claimed that West Brom’s goal should have been ruled out for a foul:

“We created a lot of chances – enough to win the game. It was tough for ourselves with the goal we conceded – for us it was a foul.

“We played the game in their half. We can do more and improve but it’s disappointing. It was a tough job against a team that defends deep. In the second half we played with a great tempo.

“We can’t be relying on VAR decisions – we have to improve.

“Of course we are [still in the title race]. We have to go again and win the next one and then the next one.”