Home All The News Maguire ‘made for Man Utd’ – Schmeichel 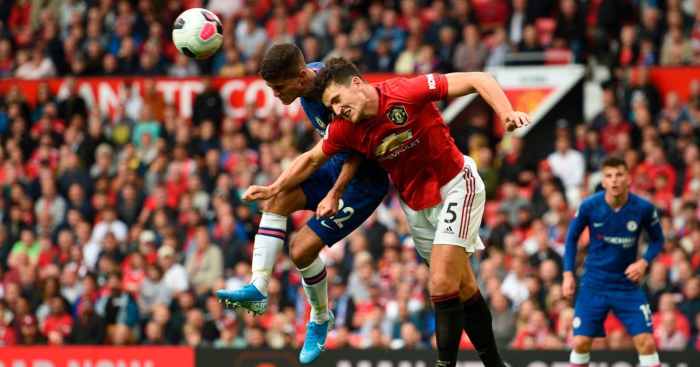 Man Utd legend Peter Schmeichel says he was convinced new signing Harry Maguire was “made for Man Utd” long before his former club became interested in his signature.

The England international impressed in the 4-0 victory over Chelsea in the opening Premier League weekend after his record-breaking £80million move to Old Trafford.

The Sheffield-born centre-back has 20 England caps and played every game of the 2018 World Cup campaign as England made the semi-final.

Schmeichel says he has had his eye on Maguire since his debut for Leicester City two seasons ago.

“I have to say when I saw Harry the first time for Leicester when he played his first game he intrigued me straight away.” Schmeichel told the Mirror.

“A couple of games in I am thinking, ‘This guy is made for Manchester United ’. He is not fazed about anything.

“Everyone will agree in the World Cup he played every game, just got on with it and was arguably was one of the best players in the English team.

“He brings all that and an incredible ability to bring the ball forward. It is something you either have or don’t have and very few centre halves have that ability.

“For some people he looks a bit awkward but I have got used to him and know exactly what he will do and think he will do very well.

“He is going to bring stability in defence. He is a very calm, cool customer. There is nothing erratic about him.

Schmeichel is excited by the new arrivals at Old Trafford but is realistic about their prospects for the new season.

“Wan-Bissaka has come in and Daniel James who are good exciting young British players.

“We all want Man United to do a lot better. I am very positive we will see a big improvement.

“But I don’t think you change from being one to the next over the course of just one summer.”